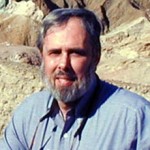 Cataclysmic Supereruptions Above the Yellowstone Hotspot

The history of planet Earth is marked by gigantic volcanic eruptions on a scale far removed from human experience. Geologic evidence demonstrates that the Yellowstone hotspot has a long and spectacular history of such eruptions, which began about 17 million years ago and will continue into the foreseeable future. This presentation will discuss the volcanic evolution of the Yellowstone volcanic system, beginning with a massive eruption that produced voluminous floods of basaltic lava in Oregon and Washington, later followed by cataclysmic supereruptions along the Yellowstone hotspot track of southern Idaho, and culminating with current and future eruptions at Wyoming’s Yellowstone National Park.

Vic Camp received his PhD in geology at Washington State University. He spent several years as a working geologist in Africa and the Middle East and is currently a lecturer at San Diego State University, where he teaches a wide variety of courses for both geology majors and nonmajors. He maintains the award-winning “How Volcanoes Work” website (https://geology.sdsu.edu/how_volcanoes_work/) and is an active researcher on the volcanic evolution of the Pacific Northwest.

The first Monday of every month, seniors 65 and better can enjoy the Science Center exhibits, a show in the Heikoff Giant Dome Theater and a lecture on the quietest day of the month for only $8! No coupons or additional discounts are accepted. The Fleet’s doors will open at 9:30 a.m. on the first Monday each month to get Senior Monday started early.

Lecture Series for Adults
Join local scientists to learn about a variety of topics as they share their latest research in a friendly and exciting environment. Beginning in October 2013, lectures will begin at 10:30 a.m. and will be held in the Heikoff Giant Dome Theater.

The lecture is free with purchase of the noon theater ticket. Tickets are required to attend the lecture and can be requested at the Ticket Counter. Visitors are encouraged to stay to enjoy the galleries and special senior discounts in Galileo’s Café and the North Star Science Store.