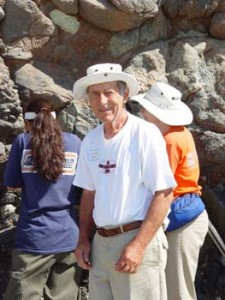 It is with deep sadness that we report the passing of our friend and colleague Dr. R. Gordon Gastil

Russell Gordon Gastil, professor emeritus of geology at San Diego State University, passed away at home in La Mesa on the afternoon of Sept. 29 in the loving company of family and friends. Gastil was an internationally renowned geologist for regional geologic mapping and work on the tectonic evolution of convergent margins. He mapped thousands of square kilometers in Arizona, California and Mexico, including the entire state of Baja California. He received the prestigious Dibblee Medal in 2002 in recognition of his extraordinary accomplishments in field geology and geologic mapping. Gordon’s insatiable curiosity and geologic insight served as a model for hundreds of San Diego State University students across five decades who learned the art of geologic mapping under his direction.

Gordon’s broad range of interests and remarkable ability to break new ground across scientific disciplines is truly the hallmark of his rich scientific research career. His breadth and originality are well illustrated by his 1960 American Journal of Science paper entitled, “The Distribution of Mineral Dates in Time and Space.” This highly innovative contribution presented the first global synthesis of continental crustal evolution based on radiometric dating and distribution of rock units. This paper validated basic concepts of “orogenic periodicity” and established the basic pattern of global scale episodic continental growth still recognized today.

In 1963, Gastil and Ned Allison secured NSF funding to begin producing a reconnaissance geologic map of the State of Baja California. They hired six undergraduate students that first year (including two from Universidad Autónoma de Baja California in Ensenada), ordered air photographs, and the quest was on! Most of the mapping was done over the next four years and subsequently published in 1975 as part of Geological Society of America Memoir 140 “Reconnaissance geology of the State of Baja California.” What is remarkable about this mapping feat is not only that it was accomplished with undergraduate students, but that there were no reliable topographic base maps at the time, virtually no paved or graded roads, and the general inaccessibility of large areas made the going extremely tough. Along the way he mapped a large section of the State of Sonora including Tiburon Island on the mainland edge of the Gulf of California. The Baja map remains a primary regional mapping contribution still highly sought after by all Baja California geologists. 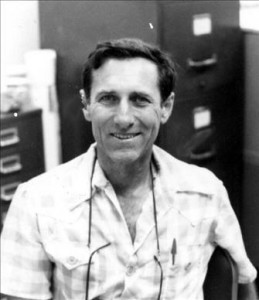 Gastil’s mapping experience in Baja California and surrounding areas formed the foundation of his research at SDSU. He freely shared his enthusiasm and ideas with students, colleagues, and anyone else interested in talking geology. He ultimately supervised 58 Master’s theses at SDSU along with many dozens of undergraduate research projects known as “senior reports.” Together with colleagues Ned Allison, Lee Silver and Frank Kilmer he functionally opened the window into geologic investigation of Baja California during the 1960s. He was gifted as a geologic visionary who could see the pattern much like trying to finish a puzzle — he had the passion and drive and creativity to see the big picture and to somehow organize his efforts to put more pieces together. The more pieces he brought together, the more excited he became, accelerating his career with vision and breadth of thought. He shared this vision and methods for finding and seeing the patterns via petrology, chemical analyses, isotopic age dating, paleontology, and a host of other aspects of geology. Understanding the stories that rocks told, he never met a rock he didn’t love, especially an igneous or metamorphic rock. Gastil’s mapping and research in Baja established his position in the upper echelon of Cordilleran geologists early in his career. He was the first to recognize the strong transverse asymmetry across the Peninsular Ranges batholith and its natural separation into distinct western and eastern provinces (a feature independently recognized by Lee Silver and co-workers at Cal Tech). Building on earlier work of Richard Mirriam and Esper Larsen, he also recognized contrasting patterns of pluton zonation within the Peninsular Ranges batholith, including ring dikes and cone sheet structures in the western province.

The Gordon Gastil Scholarship was established in 1995 following Gordon’s retirement as Professor of Geological Sciences at San Diego State University. Gordon was born and raised in San Diego and enrolled at San Diego State Teachers College where he came under the influence of Baylor Brooks. At the time, no geology degree was offered at SDSU so Baylor directed Gordon to the UC Berkeley where he completed his BSc and PhD in geology. Following work for Shell Oil Company, service in the U.S. Army, and mining exploration in Canada, Gordon joined San Diego State as a full-time faculty member in 1959. Together with students and colleagues Gordon went on to map thousands of square kilometers in Arizona, California, and Mexico, including the entire state of Baja California Norte! Gordon was able to accomplish his own teaching, research and mapping interests, while at the same time providing students with abundant opportunities for hands-on-learning by encouraging participation in field, laboratory, and library research activities; many of these joint efforts and projects lead to co-authored publications — a real coup for aspiring young geologists. Gordon was awarded the prestigious Dibblee Medal on August 21, 2002 in recognition of his extraordinary accomplishments in field geology and geologic mapping. Although well known for his south-of-the-border mapping efforts in Baja California, Gordon’s broad range of interests and remarkable ability to break new ground across scientific disciplines is truly the hallmark of his rich scientific research career. He freely shared his enthusiasm and ideas with students, colleagues, and anyone else interested in the Earth and ultimately supervised 58 MSc theses at SDSU along with many dozens of undergraduate research projects. The Gastil Scholarship is awarded to students displaying distinction in field geology.

Geotectonics, geochronology, and petrology of southern and Baja California