It is with deep sadness that we report the passing of our friend and colleague Dr. Jared R. Morrow 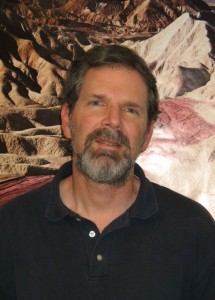 It is with deep sadness that the Department of Geological Sciences must report the passing of friend and colleague Jared R. Morrow. Morrow lost his battle with cancer on Oct. 7.

“Jared’s vigorous and successful research career involved many students and centered on the geological record of meteorite impacts,” said David Kimbrough, chair of the Department of Geological Sciences.

“Key aspects of the physical and biological evolution of Earth are ascribed to impact events and Jared was at the forefront of research in this area.”

Morrow also provided strong support to the professional community by serving as vice-chair and chair of the North American Commission on Stratigraphic Nomenclature, an associate editor of the journal Palaios and board member for the Sigma Xi Scientific Research Society Grants-in-Aid of Research, among other things.

He was an honored and respected colleague and will be deeply missed. Morrow is survived by his wife Robin.

Alumni Joe El Adli honors his undergraduate advisor Jared Morrow by naming the discovery of a new species of the extinct baleen whale after him, Herpetocetus morrowi