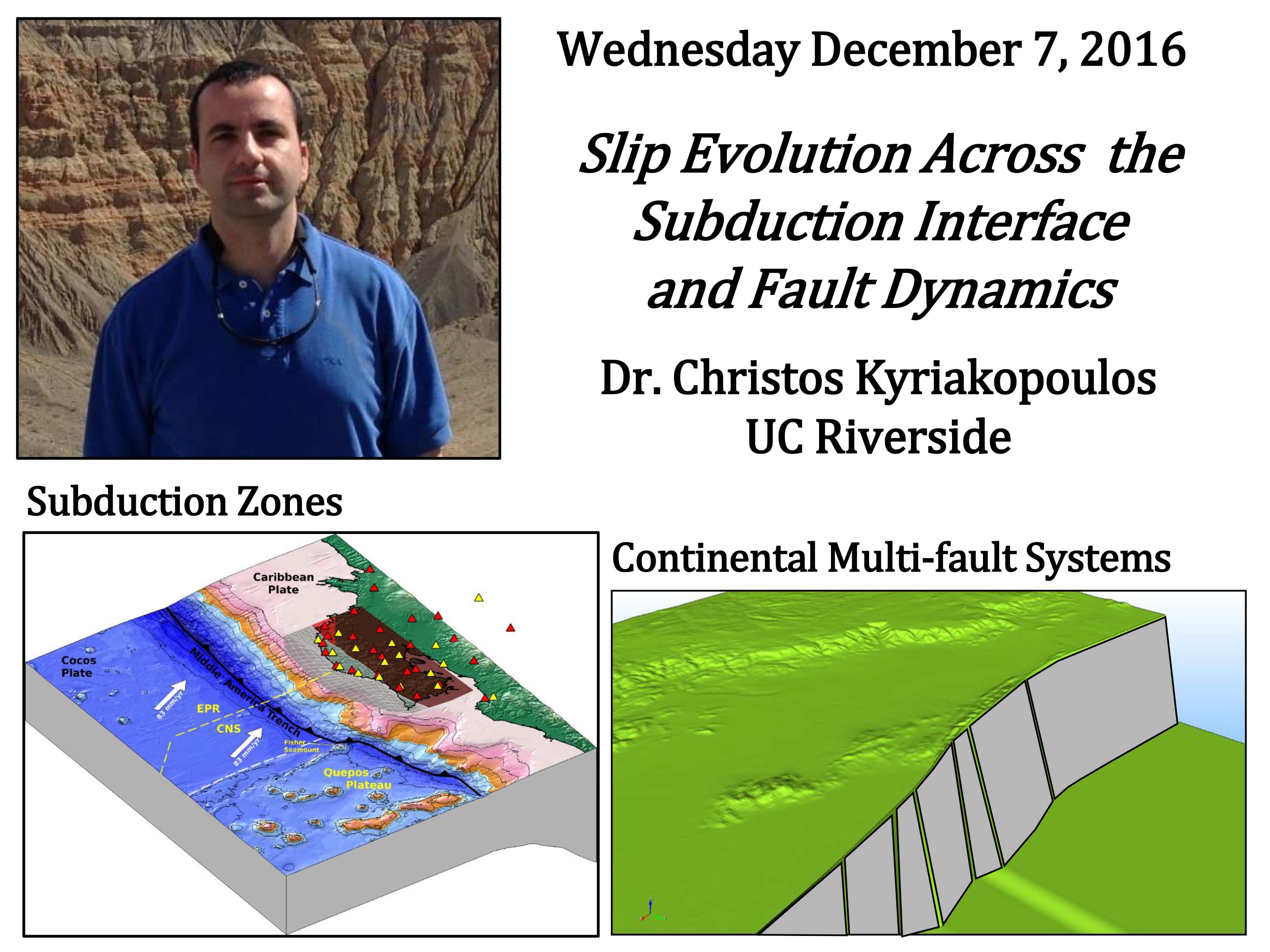 Abstract
Understanding the evolution of the seismic cycle requires both the ability to accurately observe and to model different styles of tectonic deformation in different time scales. The challenge here is not only to break down this complex puzzle of events into discrete time periods, but most importantly to analyze the prevailing factors that control the accumulation (interseismic locking), release (earthquake), and restoration (postseismic and next interseismic phase) of stresses throughout the seismic cycle. Another important factor is the tectonic setting, which generally determines the quality and density of the observations and consequently our efficiency in resolving model parameters. In particular, I will talk about two different case studies: first, the seismic cycle around the Nicoya Peninsula, Costa Rica. I will show how this was imaged during the last 20 years by permanent and campaign GPS, measuring late-interseismic coupling, slow-slip events, a M7.6 earthquake in 2012, and its associated afterslip. Furthermore, I will show how interface topography controls the interseismic locking distribution (Kyriakopoulos et al., 2015, JGR; Kyriakopoulos and Newman, 2016, JGR).

In the second part of my talk, I will switch to a different tectonic environment and talk about possible joint San Andreas – Imperial fault rupture scenarios. More specifically, I’m using 3D dynamic rupture models to investigate the potential for large, through-going earthquakes in this region. Furthermore, I recently extended my research into new important questions that include the crucial issue of whether small “swarm-type” earthquakes may cascade into full-sized earthquakes on the San Andreas/Imperial Fault system.