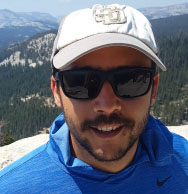 Are large earthquakes deterministic? This is an old and much debated question in earthquake physics which we will revisit in this talk with new findings from global and regional seismic and geodetic observations. The rupture process of a large (M8+) earthquake can take several minutes, so, when does it know it is going to become large? Is there any predictability to it? Are the first few seconds of a large earthquake different from those of a smaller one? Two extreme views of this problem exist, in one, rupture is fully deterministic and the early phase (nucleation) of an earthquake has enough information to ascertain the event’s final fate. At another extreme there is no determinism whatsoever, and only when a large event has ruptured completely can data constrain its magnitude. Recent results argue strongly for a middle of the road model, one of weak-determinism, where at nucleation there is no difference between earthquakes of different final magnitudes, but soon thereafter (in tens of seconds) and well before the rupture is finished the earthquake organizes into a self-similar slip pulse which is diagnostic of final magnitude. We will discuss the observations that constrain this view and what their implications are for earthquake and tsunami early warning

Diego Melgaris Assistant Professor of geophysics at the Department of Earth Sciences at the University of Oregon. Diego graduated from the Scripps Institution of Oceanography in 2014 with a Ph.D. in geophysics. There he researched the role of GNSS in seismology. He also spent three years at the University of California Berkeley’s Seismological Laboratory working on early warning systems. At the UO his research focuses on large earthquakes. He works on the physics of the rupture process and how to best image it by using many diverse kinds of on-shore and off-shore geophysical data. He also researches the hazards associated with these large events, working on tsunami modeling and coastal impacts as well as studying how strong shaking is generated. Diego continues to work on early warning systems to abate the societal impact of these hazards.