Geothermal Energy: Watts in it for you 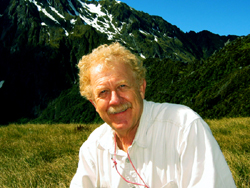 Abstract
A new generation of geoscience students is needed to identify new sites on federal lands where 50,000 megawatts (MW) of geothermal power can be generated within the next 10 years. This mandate is included in the bipartisan 2016 Energy Policy Modernization Act which addresses all future renewable energy. My talk challenges you to learn and understand the basics of geothermal power/energy and to get involved. The U. S. currently leads the world in geothermal power generation with 3,567 MW at the end of 2015. However, this is only about one-half of 1% of the overall national electrical power capacity. A 90-country Global Geothermal Alliance, formed at the 2015 Paris Climate Change Summit, pledged to increase geothermal power capacity worldwide by 6 times by 2030. Earth scientists play the major role in geothermal resource identification, exploration, and confirmation that is necessary before any development and energy production.

The competiveness of geothermal energy is rated better than all other electricity generating sources to be brought online in the U. S. in 2020 as determined by comparing the estimated levelized energy costs of each one. Perhaps surprisingly is that other renewables are much more costly, e. g., solar voltaics are 2 1/2 times more and wind is over 1 ½ times. Conventional coal and natural gas cost twice and 1 ½ times more, respectively. Geothermal also wins with respect to the environment and the so-called capacity factor, the amount of time (out of 100%) that power is generated. For example, conventional geothermal power plants (flash and dry steam) in California emit about 5% of the CO2 of a coal-fired plant of equal size and geothermal energy is available for 97% of the time compared to less than 30% each for wind and solar. Partially man-made, so-called Enhanced Geothermal Systems (EGS) have received considerable interest lately. In fact, some estimates place the U. S. EGS potential to be nearly half of the entire current domestic electrical generation capacity. A form of EGS called hot dry rock (HDR) was pioneered in New Mexico by Los Alamos National Laboratory. As a totally contained, closed-loop system, it has near-zero emissions, little drawdown of local water supplies, and low levels of induced seismicity.  Direct use, non-power generation, of low-temperature, geothermal waters, e. g., for green houses, space heating, and fish farming has roughly tripled in the last thirty years and such use reduces a portion of the need for power plant generation. Future geothermal power plants may use CO2 or N2 as working fluids instead of H2O. My recent project in New Zealand enabled students to do three-dimensional geophysical, geothermal exploration and to visit drilling operations and geothermal power plants. Becoming involved in our energy future will tap your unique earth science backgrounds in everything from actual exploration to public policy.