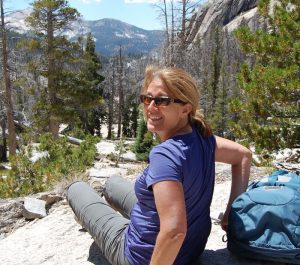 Abstract
At the current rate of global C emissions and without substantial mitigation efforts, atmospheric CO2 is projected to increase by the end of this century to levels not previously experienced on Earth since the onset of our current glacial state. Although Earth has been an icehouse for the past 34 million years, warmer greenhouse conditions have been the ‘typical’ climate state of the past half billion years. Insight into how the Earth system will function in such an evolving and high CO2 environment uniquely resides in the deep-time analogs of past climate and ecosystem response to greenhouse gas-forced warming of the magnitude comparable to that which we may ultimately face.

The deep-time geologic and paleontologic archive is a fully integrated record of how climate processes and ecosystems interact and feedback on one another, in particular under levels of radiative-forcing relevant to our future. This deep-time record documents past climate change that was at times far more dynamic than suggested by study of the more recent past revealing complex interactions and non-intuitive responses. Notably, climate models repeatedly fail to reconstruct surface environmental conditions of past warm periods suggested by proxy records suggesting that current climate projections may underestimate the magnitude and duration of future climate change and the CO2 levels at which critical climate and ecological thresholds could be crossed. This presentation will present evidence for the robust atmospheric CO2-climate coupling throughout Earth history and what it reveals regarding the Earth’s sensitivity to CO2-forcing.  Three past climate events — abrupt greenhouse gas-forced warming of the Paleocene-Eocene Thermal Maximum (55 Ma) and Triassic-Jurassic boundary (200 Ma) and the turnover of the penultimate icehouse to permanent greenhouse conditions (300 Ma)  — will be used to illustrate how greenhouse-gas forced climate change has unfolded in the past and to characterize the fingerprints of change that herald climate and ecological thresholds.

Bio
Isabel Patricia Montañez is a Distinguished Professor of Geosciences and Chancellor’s Leadership Professor in the Department of Earth and Planetary Sciences at the University of California, Davis. Dr. Montañez is a paleoclimatologist whose research focuses on geologic archives of past atmospheric gas and ocean geochemical compositions and their linkages to climate and ecosystem changes. Dr Montañez received her Ph.D. in geology from Virginia Polytechnic Institute and State University in Dec. 1989 and was awarded the James Lee Wilson Medal for Excellence in Sedimentary Geology by a Young Scientist (1996), Outstanding Paper for 1992 from the Society for Sedimentary Geology (1994), the AAPG Cam Sproule Award (1996), the F. Earl Ingerson Lecture by the Geochemical Society (2012), and the Laurence L. Sloss Award for Sedimentary Geology (2017). She is a Fellow of the Geological Society of America and American Association for the Advancement of Science, past Fellow of the John Simon Guggenheim Memorial Foundation (2011-2012), and Geochemical Fellow of the Geochemical Society and European Association of Geochemistry (2016). She was the Chair and lead author of the National Academy of Science – National Research Council’s Report on the Importance of Deep-Time Geologic Records for Understanding Climate Change Impacts and a member of the National Academy of Sciences Committee on New Research Opportunities in the Earth Sciences as well as the Advisory Board for Biosphere 2.