GEOL 303 – Natural Disasters in Portugal: What can be more fun for Study Abroad? 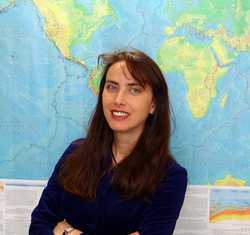 Portugal was the site of the largest and one of the most destructive historical earthquake to hit western Europe. With it also came the largest tsunami waves to pummel the margins of the continents in this region in recent times, bringing the capital of commerce and far-away riches to its knees. Coastal erosion and collapse are prevalent in this country with about half of its shores facing the ocean. Lisbon, one of the most ancient cities in the world (about 3000 yo), still has people living in ancient masonry buildings and on active fault zones, many of which not known to the general populations. In the north Atlantic Azores islands we have active explosive and effusive volcanism, gigantic calderas, as well as active seismicity, which, coupled with severe weather, has produced deadly landslide events. We’ll be looking then at the tectonics of the mid-Atlantic ridge triple junction and adjacent Azores-Gibraltar fracture zone.

Structure of course
This course, which students have made popular at SDSU, fulfills the SDSU General Education requirement IV EXPLORATIONS – Natural Sciences. This is a GE course option for all majors and would count as a Study Abroad requirement to those students who have that requirement in their major. It will correspond to the length of the SDSU first summer session. Proposed excursions will allow students to see the outcome of the geological principles that they’ve just learnt in the classroom. It will easily satisfy 45 contact hours. Roughly half of this summer session will be in the Azores islands and half will be in continental Portugal. This class will be like a lecture + lab, likely lectures in mornings and excursions in afternoon. They learn first the science of natural disasters, and then apply what they learnt to the world and the people outside.