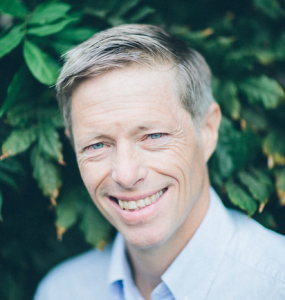 Abstract
Assessing seismic hazard remains a major challenge in particular when it comes to estimate the probability of occurrence, possible location and magnitude of the most extreme events. Efforts to understand better the physics governing fault and earthquake dynamics are therefore much needed. In this talk I will discuss progress made in that direction.  I will focus on the Himalaya, which is a prime location to study the dynamics and seismicity at converging plate boundaries. I will review constraints on the kinematics of crustal deformation in the Himalaya and show that millenary Mw>8.5 earthquakes are likely required. I will also describe details of the 2015 Mw 7.8 Gorkha earthquake, Nepal. Our analysis shows that the earthquake unzipped the lower edge of the locked portion of the megathrust and formed a rather smooth slip pulse that propagated eastwards and ruptured the megathrust beneath Kathmandu basin. As a result the earthquake produced mild shaking in Kathmandu at short periods (<1s) and limited destruction to vernacular few stories buildings. Taller buildings suffered comparatively more damage due to resonance of the basin around 5s. The particular example of the Gorkha earthquake provides important insight on seismic hazard related to the Himalayan megathrust, of probable relevance to continental and subduction megathrust in general. Some aspects of large megathrust earthquakes might thus be anticipated.

Bio
Jean-Philippe Avouac is the Earle C. Anthony Professor of Geology and Professor of Mechanical and Civil Engineering. He received his Ph.D. in Geology from the Institut de Physique du Globe de Paris, France, in 1991.  He was the director of the Caltech Tectonics Observatory from 2004 to 2014. He worked as the BP-McKenzie Professor of Earth Sciences at the University of Cambridge , UK. in 2014-2015.
Jean-Philippe Avouac has been studying earthquakes and tectonic processes  for more than 25 years. He  has contributed to method developments in remote sensing,  geodesy, geomorphology and seismology. He uses these techniques to inform theory and develop numerical models of earthquakes, deformation of the crust and mountain building processes.
Jean-Philippe Avouac  is currently Editor-in-chief of Earth and Planetary Science Letters, and he served as the Editor-in-chief of Tectonophysics from 2014 to 2018.   He is a fellow of the American Geophysical Union and has received international awards from the Humboldt Foundation (Germany) and the Royal Society (UK) in particular.
Jean-Philippe Avouac has published more than 170 articles in international peer-reviewed journals (Google scholar profile) and holds patents in image processing.