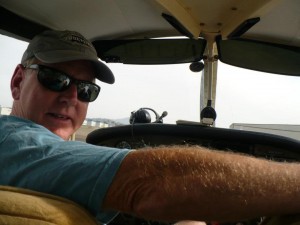 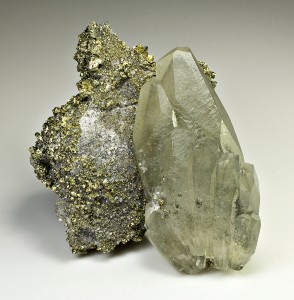 Calcite makes up about 4% of the earth’s crust.  The interesting thing about calcite is the sheer number of crystal forms and habits this mineral exhibits, as many as 3,500, depending on who you ask.  Moreover, calcite forms twin crystals….following FOUR twin laws!  So building a calcite collection offers virtually unlimited possibilities-crystal forms, twins, localities, associations, color…..it is as close to a “bottomless pit” as any collecting possibility I know of.  It also offers an interesting challenge: getting color into the collection.  Calcite itself comes in two colors-white (actually colorless), and pale yellow.  So getting other than white and pale yellow in your display cabinet requires a little work, but that is part of the fun.

As for calcite localities, they are, like the crystal forms, varied and abundant.  Calcite collections will include specimens from every major country (and a number of minor ones), and from a wide array of occurrences.  And of course there are those “classics,” occurrences and localities that anyone collecting this mineral must have to claim rights as a true calcite collector.  This talk presents an expose of this mineral from the standpoint of mineral specimen collecting.  We will discuss its crystal forms, twinning, the big challenge to calcite collecting, localities, classics, and finally we will see what happens when six calcite collectors get together and are allowed to have ideas unchecked by reasonable people.

By the way, as you recall from your mineralogy classes, calcite has a hardness of 3 on Mohs hardness scale, so you might consider removing your wedding ring before you handle your fine specimens of this abundant and varied mineral.

In the early 80’s, while a student at SDSU working toward a bachelor’s degree in geology, I took a mineralogy class with Dr. Richard Berry.  Shortly after taking that class, while on a driving trip from Missouri to California, I encountered a mineral and rock shop somewhere in western Missouri.  Perusing the fine mineral specimens in that shop, I realized that I recognized many of the species, and so I purchased many of them (thanks Dr. Berry!).  At that mineral shop began the Houser Mineral Collection.

There can be a bit of an art to mineral collecting, and only the richest can afford to simply collect EVERYTHING that catches their eye.  Most collectors specialize: a specific country, a mining district or even a specific mine, or a single mineral species.  Due largely to the influence of a long time neighbor who collected calcite specimens, I began to specialize in calcite from worldwide localities, a specialization that I have continued over a roughly 32 year collecting history, and through several other specializations including San Diego County minerals and minerals from the Elizabeth R Mine in Pala.  At one point I even sold most of the calcite collection in order to fund the purchase of one kunzite specimen from the Pala Chief Mine.  However I kept the twins and some of the unusual and hard to find specimens, which became the basis for eventually re-building the calcite collection.  Today that collection is around 200 pieces.

In my spare time, I am a hydrogeologist and project manager for SCS Engineers in San Diego.