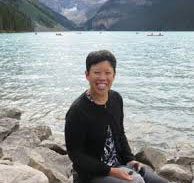 Abstract
An enticing challenge of sedimentology is applying our knowledge to new exploration settings, using clues and proxies to deduce the processes of sedimentation. Now through new technologies and instrumentation advances, we have the ability to scientifically explore the Red Planet at unprecedented scales. Studies of sedimentary environments on Earth are critical because terrestrial analogs help us interpret depositional and diagenetic processes, as well as determine where habitable environments for life might exist.

1.  Ergs on Earth are globally important reservoir units for both hydrocarbons and water.  Mars has spectacular dune forms and dust devil tracks, reflecting the ubiquitous nature of eolian processes shaping the surface of Mars.  Porous dune sediments record the interactions of the atmosphere and the surface, and have the potential to hold fluid volumes or cement mineralogies in the subsurface.

2.  Soft-sediment deformation with varying expressions (e.g., contorted cross bed sets, massive sandstone layers, and clastic injectites) occurs in eolian units.  These can provide clues to past water table conditions and the susceptibility of the sediments to strong ground motion.

3.  Finally, Earth sandstones commonly show different colors of iron oxide cementation reflecting the mobility of iron in the Earth’s crust.  These diagenetic records of past fluid flow histories provide clues about reservoir properties for aquifers and hydrocarbons.  Is diagenesis a biogenic as well as a physical process?  Many diagenetic relationships suggest a very strong link.

Mars is an exciting frontier for sedimentology, offering opportunities for serendipitous discoveries of what might exist within its sedimentary layers and surface landforms. The talk will also examine a perspective on how Earth science research will change in the future and the opportunities for interdisciplinary collaborations.