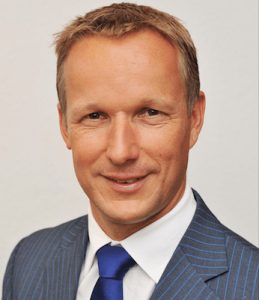 In my presentation, I will discuss recent work to understand effects of large-scale segmentation and small-scale roughness on rupture evolution and near-source shaking. Using numerical simulations, we find that rupture incoherence due to fault roughness leads to high-frequency spectral decay consistent with observations. Waveform characteristics and comparisons with empirical ground-motion relations show that rough-fault rupture simulations generate realistic synthetic seismogram that can be used for engineering applications. We also show that for segmented faults, the spatial distribution of the regional stress is of critical importance as it determines the initial stress on the fault system. Similarly, the rupture nucleation point has significant impact on the resulting rupture process and earthquake size. Consequently, seismic hazard assessment for such fault systems must include fundamental earthquake physics to capture the possible near-source shaking levels of future earthquakes.

Examples will be shown for scenario earthquakes in the Marmara Sea, where large-magnitude events are expected that may rupture two or more fault segments, and for the Gulf of Aqaba, a region of increased infrastructural developments near a poorly studied transtensional fault system that has generated large earthquakes in the past.

Bio
Prof. P. Martin Mai is Professor of Geophysics in the Physical Sciences and Engineering Division at KAUST. He joined KAUST in June 2009 as founding faculty member. He received his PhD from Stanford University, was post-docs and research scientist at ETH Zurich (2002 – 2009). Since 2003, Prof. Mai has supervised more then twenty PhD and MSc students, guided over 15 postdoctoral researchers, and served on numerous student evaluation committees. Prof. Mai has published over 100 peer-reviewed papers in highly ranked international journals. He was elected as President of the Seismology Division of the European Geosciences Union (EGU; serving 2015 – 2019). At KAUST, he serves also as the Chair of the Earth Science Faculty (since July 2017) and Associate Dean for the Division of Physical Sciences and Engineering (since Sept 2018).

Research Interests
Professor Mai’s research addresses the physics of earthquakes and the complexity of earthquake phenomena, with emphasis on earthquake-source imaging, dynamic rupture modeling, and earthquake mechanics. His work extends to strong ground-motion properties and near-source seismic wave-field simulations that include wave scattering in heterogeneous media. As such, his work spans from fundamental earthquake physics to earthquake-engineering applications, by quantifying earthquake source complexity for physics-based ground-motion and tsunami simulations using high-performance computing.

The second major thrust in Prof. Mai research uses seismological observations to investigate the Earth’s structure. Using seismic data recorded by the Saudi Geological Survey, Prof. Mai and collaborators image the structure of the Earth crust and upper mantle underneath the Arabian plate, as these affect our ability to locate earthquake and understand their tectonic origin. These fundamental studies facilitate further seismological research in Saudi Arabia, as well as studying the geodynamic context of the Arabian plate and the Red Sea. With their own portable seismic broadband stations, Prof. Mai and his team deploy temporary seismic networks, for instance in Tanzania for local high-resolution seismic studies.