A (very) short course on recognition of paleolandsildes 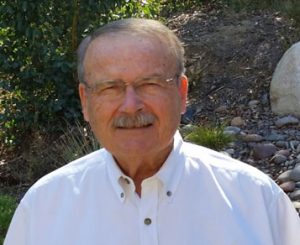 Abstract
Paleolandslides, landslides that have been dormant for thousands of years, change their geomorphic signature on the landscape through erosional processes that can make them difficult to recognize.  However, by understanding how a landslide’s form changes through time they can be easily identified many thousands of years after their latest movement.   Recognizing paleolandslides is important because they are easily reactivated by construction of dams, roads, and other civil engineering works that include mass grading or changes in groundwater level.  Recent but dormant, landslides have several characteristics such as well-defined headscarps and open fissures that make them easily identifiable even by the non-geologist. On topographic maps and stereo-pairs of aerial photographs a geologist can recognize other features of active landslides such as ponded drainage, deflected streams, topographic benches, juxtaposition of concave upslope and convex downslope topographic contours, and anomalously low terrain gradients. Erosion affects each of these characteristic features by different degrees through time resulting in an order of obfuscation as follows.

In general order of erosional degradation; first to disappear through last:

We will examine how each of these features change through time so that on your next field project you will be able to amaze your friends and colleagues by your ability to identify landslides that occurred as long ago as the Late Pleistocene.