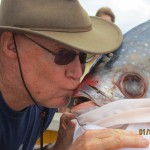 A cruise from San Diego to Hawaii and Tahiti and back entails two weeks in the open ocean—which gives a geologist, especially one who has had some experience with both the shallow and deep seafloor, lots of time to wonder what the land down under those thousands of feet of water looks like! The first part of this talk will be a quick survey of what we know about the seafloor, and how we have come to know it.

The first systematic survey of the seafloor was conducted by a USN ship off the US east coast in 1854. By lowering cannon balls, the continental margins were found to have shelves and slopes down to a seafloor that could be 24,000 feet deep. Between 1873 and 1876 the British surveyed the world’s oceans in the first ship ever devoted entirely to oceanography, the HMS Challenger. It found that the seafloor is usually covered with organic oozes or red clay, and discovered the mid-Atlantic Ridge (MAR), and a trench off the Mariana Islands that is at least 27,000 feet deep! During the 2 plus years, it made 300 wireline soundings with heavy weights that each took a whole day to complete! By the 1920ies, echo soundings began to be used and the water depth could be computed in only a minute. During the latter half of the last century, acoustics became highly sophisticated—in large part because of the cold war and concern for Russian submarines. These acoustic techniques were often kept classified for 20 years before being released to civilian scientists.

Using surplus depth charges, seismic surveys in the fifties in the Atlantic showed that the oceanic crust consists of three layers and improved sonar found that the MAR has a rift valley. By 1977, Marie Tharp and Bruce Heezen finished their beautiful perspective map of the world’s oceans—giving to the world our first view of the seafloor! While correct in the big picture, their map contained much incorrect detail (it was too artistic!) and had a 20x vertical exaggeration. The sixties thru the nineties saw the advent of multibeam and sidescan sonar systems and the use of satellites (Geosat) that allow swaths/areas of the seafloor to be mapped fairly accurately.

The second part of my talk will be the geologic history of the Hawaiian and Tahitian islands, their hot spots, beautiful craggy mountains, the newest Hawaiian seamount, Loihi, that has yet to poke its summit above the water, and the Keck telescopes on the top of the tallest mountain in the world, Mauna Kea. We will visit the USS Arizona Memorial in Pearl Harbor, the coral atolls of Bora Bora, see the life of the local Polynesians, and trace the immigration of their ancestors from Asia 2000 years ago.

Monte has had many experiences with salt water……….his first was with a rush of amniotic fluid in Scripps-Mercy Hospital in 1939. As the years went by he spent many days body surfing at Mission Beach until he was 17, and then at the Jersey shore while an undergraduate at Villanova. Following a second bachelor’s degree in geology at SDSU and a PhD in marine geology and geophysics at Stanford, he joined the USGS. While at the Survey, he went on a dredging expedition to the Emperor Seamounts in the north Pacific—where his ice-breaker was almost submerged by a typhoon! Two years later, he spent two months at sea drilling cores in the NW Pacific aboard the Glomar Challenger. Even though he spent most of his time on land during the 30 years he was stationed at SDSU, he went on numerous SCUBA diving expeditions in the Caribbean and Pacific with his friend, the late Prof. David Huntley. In the years following his theoretical retirement in 2005, he has gone on many cruises—to both poles and in both big oceans. This talk will show and relate some of his experiences and thoughts while on a recent one-month cruise to some of the mid-Pacific islands.