With the dwindling number of easy discoveries and ever increasing demand of energy resources, the oil and gas exploration industries are moving to less conventional plays, deeper water, and more diffi cult terrains. The attendant cost of drilling and extraction has prompted the energy and service companies to invest heavily in seismic data acquisition and processing to harvest as much illumination information as possible about the subsurface. Fortunately, the exploration geophysics community during the past decade has witnessed the parallel emergence of a new exploration geophysics topic – seismic interferometry. Seismic interferometry is a means by which unused events, often discarded as coherent noise, can be recombined to give usable signal for existing imaging algorithms. For example, multiple refl ections can be recycled as virtual primaries that can illuminate larger portions of the subsurface than seen by the recorded primaries.

In this lecture I will introduce the concepts underlying seismic interferometry and present the workfl ows for its implementations and practical applications. I will show various ways to harvest useful signal from portions of the data normally considered as noise in conventional processing. I will use several examples to illustrate the practical benefi ts of interferometry and other multiple imaging methods: increased subsalt illumination by multiple refl ections, tripling of the aperture of usable refraction arrivals by supervirtual interferometry, signifi cant widening of the illumination zone of VSP data by transforming multiples into primaries, and reduction of the cost of imaging by multisource phase encoded migration and waveform inversion. 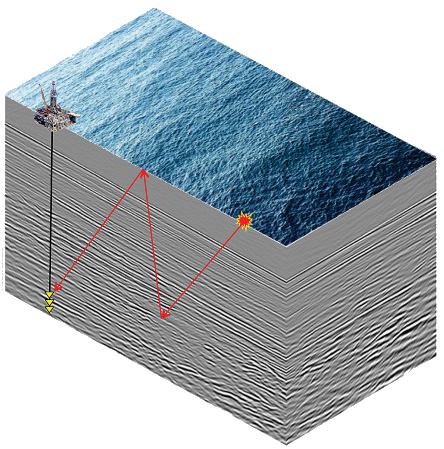 Gerard Schuster is currently a Professor of Geophysics at King Abdullah University Science and Technology (KAUST) and an adjunct Professor of Geophysics at University of Utah. He was the founder and director of the Utah Tomography and Modeling/Migration consortium from 1987 to 2009, and is now the co-director and founder of the Center for Fluid Modeling and Seismic Imaging (http://csim.kaust.edu.sa) at KAUST. Dr. Schuster helped pioneer seismic interferometry and its practical applications in applied geophysics, through his active research program and through his extensive publications, including his book “Seismic Interferometry” (Cambridge Press, 2009). He also has extensive experience in developing innovative migration and inversion methods for both exploration and earthquake seismology.

Gerard has an MS (1982) and a PhD (1984) from Columbia University and was a postdoctoral researcher there from 1984-1985. From 1985 to 2009 he was a professor of Geophysics at University of Utah. He left Utah to start his current position as Professor of Geophysics at KAUST in 2009. He received a number of teaching and research awards while at University of Utah. He was editor of GEOPHYSICS from 2004-2005 and was awarded Seismic Interferometry and Beyond – Harvesting Signal from Coherent Noise Gerard T. Schuster King Abdullah University of Science and Technology, Thuwal, Saudi Arabia