Cretaceous-Paleocene tectonic evolution of Arctic Svalbard in the North Atlantic Ocean, with emphasis on partitioned transpression along a transform plate boundary; Comparison with the San Andreas fault in California. 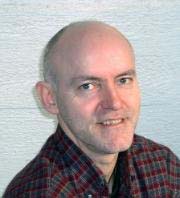 Abstract
A major fold‐and‐thrust belt in Arctic Svalbard formed along the transform plate boundary between Greenland and western Barents Sea during Late Cretaceous to Paleocene breakup of the North Atlantic Ocean. Shortening perpendicular to the margin belt was attributed to transpression and strain partitioning in a restraining bend but also to head‐on collision. The resulting structure in Svalbard is that of four major zones of distinct structural styles: (1) a western hinterland with strike-slip faults, (2) a basement-involved uplift, (3) a central zone of thin-skinned fold-thrust units, and (4) an eastern foreland zone characterized by basement-rooted uplift blocks. This architecture evolved through several kinematic stages: an early stage of distributed deformation highly oblique to the transform margin, a second stage of partly oblique to margin-perpendicular shortening, and a late stage of full strain partitioning between a hinterland plate-boundary strike-slip fault and distal foreland fold-thrust belt perpendicular to the margin. Scaled analog modeling has been done to test the hypothesis, and the model convincingly reproduces the geometry and kinematic evolution of the West Spitsbergen fold‐and‐thrust belt by strain partitioning in transpression with a small convergence angle and significant strike-slip displacement.
The San Andreas fault (SAF) formed in a dextral continental transform setting similar to Svalbard, at a low convergence angle between the North-American and Pacific plates in the last 30 My. In the Mecca Hills of southern California an uplifted segment of the fault strand evolved by transpressional deformation affecting Pliocen-Pleistocen strata over ca. 4.0 My, and this deformation is expressed as very complex fault-oblique and fault-parallel folding, zones of uplift (fold-thrust belts), and basement-involved reverse and strike-slip faults. The kinematic evolution started with steep strike-slip faulting, followed by folding/faulting oblique to the SAF in a distributed strain field, then in progression, localized shearing and folding parallel to the SAF, and a terminal stage with fault-parallel strike-slip faulting and out-of-sequence fold-thrust belt formation. Comparison of the segmentation of fold/fault-oblique and fault-parallel domains suggests similar alternating distributed and partitioned strain events as in Svalbard.