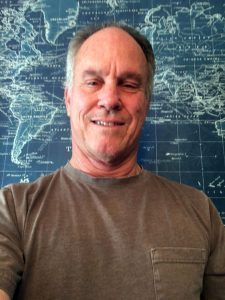 Abstract
The ability to predict the total collapse of a slope is currently available through the use of slope monitoring radar systems. Many surface and open pit mines around the world have successfully predicted the total collapse of pit walls by interpreting inverse velocity trends. This success can be attributed to the radar system’s ability to produce graphs displaying cumulative displacement, velocity and inverse velocity in near real-time. Technically, a slope is failing even if it is creeping slowly. However, if it is important to determine when a slope will accelerate to total collapse, then having the ability to see acceleration and the inverse velocity trend in near real-time is a mandatory function. Currently, slope monitoring radar is the only system that provides the necessary tools to predict total slope collapse. Additionally, slope monitoring radar systems are extremely accurate at detecting nearly the entire extent of slope surface movement. This can provide crucial information to minimize damage and to develop an evacuation plan well in advance of a possible acceleration event. Also, in areas with limited access or other environmental restrictions, a slope radar system located at some distance from a slope could, in some cases, allow for accurate surface monitoring without using intrusive monitoring methods. The inverse velocity slope failure prediction method has been used successfully at several mine sites around the world. Unfortunately, mining professionals have not disseminated their knowledge to the general public effectively. This paper will provide examples and details describing how the inverse velocity prediction method works while suggesting that the technology should be considered for slope monitoring at locations outside of the mining industry.

Bio
Steve started his professional career at Geotechnics Incorporated after earning a Master’s degree in Geological Sciences from San Diego State University in 1999. He worked primarily on mass grading projects and a year later he moved on to American Geotechnical Incorporated. For the next 10 years, he worked on forensic geotechnical investigations that included numerous landslide and slope creep projects. He then accepted a position to manage the Geomechanical Department at the Bagdad open pit copper mine located in northwestern Arizona. During the next 6 years, he was able to work with some of the most advanced slope monitoring technology including ground-based slope monitoring radar. Combining the radar technology with the 24/7 non-stop operation of the mine, he was able to take advantage of the laboratory type slope conditions offered by the enclosed configuration of the open-pit mine. This unique setting for analyzing unstable slopes gave him the experience, knowledge, and confidence to start Global Slope Monitoring, a consulting company focused on using near real-time ground-based slope monitoring radar and other supporting monitoring technologies. The Bagdad mine is owned by Freeport-McMoRan Incorporated, one of the largest copper mining companies in the world. During his 6 years at Bagdad, he developed a slope management program that focused on movement trend analysis and taking advantage of the ground-based radar system’s diverse capabilities. The trend analysis method led to the successful prediction of two large slope collapse failures, which included a 5 million ton failure in 2012 and a 2 million ton failure in 2015. The success of the prediction method prompted Freeport-McMoRan to support Steve’s presentation at the 2013 International Slope Stability Conference in Brisbane, Australia and at the Grasberg open-pit copper and gold mine located in Papua Indonesia, which is the richest open-pit copper and gold mine in the world. Since the inception of ground-based slope monitoring radar, about 12 years ago, the surface mining industry has been the primary beneficiary of its risk reduction capabilities. However, after Steve saw the devastation and death of 43 people from the Oso Washington landslide in 2014, he became extremely motivated to introduce the technology and the analysis method to government agencies, civil engineering, and geotechnical engineering firms. His goal is to help decrease risk to people and infrastructure at locations around the world that are prone to slope collapse failures.