What Happened to the “Big One” on the Southern San Andreas Fault?  A System-Level Perspective of Seismic Hazard 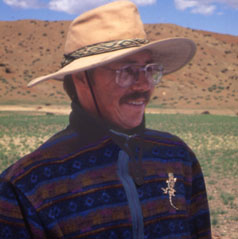 Abstract
For >30 years, earthquake scientists have suggested that the southernmost San Andreas fault (SAF) is overdue for a large earthquake, as it has been 300 years since the last large rupture and the average recurrence interval is 150-200 years for the past 1100 years.  This assertion is supported by GPS and InSAR strain rate measurements, which indicate 20-25 mm/yr of strain accumulation, similar to geologic slip rate estimates.  What happened?  If the SAF was that close to failure 30 years ago, why hasn’t it failed?  Compilation of paleoseismic work conducted over the past 30 years on virtually every fault in the southern 160 km of the plate boundary shows that strain release has been episodic, with periods of lesser and greater earthquake activity.  Displacement data have been generated for most of these faults for the past one to several events.  Using these observations on timing and displacement in past large earthquakes, and assuming reasonable seismogenic thicknesses, estimates of moment release through time can be made. Based on these estimates, at least three generalizations are clear: 1) M7 and larger earthquakes account for most of the moment release in the southern San Andreas fault system over the past 1100 years; 2) large earthquakes on individual faults are quasi-periodic but display a relatively high coefficient of variation in recurrence time, similar to most long California records; and 3) moment release has temporally varied during the past 1100 years but within potentially predictable bounds. Together, the record suggests that the southern San Andreas fault is late in the cycle but not necessarily “overdue”, and that a systems level approach may be more accurate in long term earthquake forecasting than data generated from a single element of the fault system.