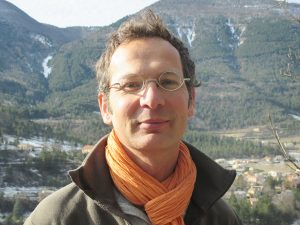 Abstract
In the recent years, improvement in space imagery both for mapping and for direct measuring of earthquake deformations have open new avenues to consider surface-rupture geometry and slip distribution associated with large continental earthquakes. During this talk I will build on few examples to show how these new data allow approaching some intrinsic structural properties of faults that could be of some use to improve seismic hazard methodologies.

Bio
Y. Klinger has developed an internationally recognized expertise in studying various aspects of the earthquake cycle, from detailed studies of modern continental ruptures to long time series of past earthquakes, using paleoseismology. He has also pioneered the use of very-high resolution optical satellite images to study earthquake ruptures. In the recent years, in collaboration with the French mapping agency (IGN), he has promoted the development of Micmac, an open-source code for image correlation in the Earth Science community, to measure high-resolution topography and crustal deformation. During the last 17 years, he has supervised 10 PhD students and 7 post-doctoral fellows, and co-authored 79 papers in peer-review scientific journals. For the last 5 years he is heading the Tectonics group, ~30 people, at Institut de Physique du Globe de Paris. More can be found here: www.ipgp.fr/~klinger