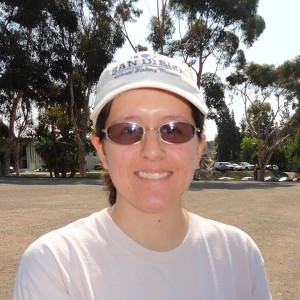 Abstract
Dinosaur skeletal remains in California are largely found in Campanian age marine sediments. Of those hadrosaurid fossils are the most common found due to the abundance in the late Cretaceous, though many of the bones are isolated or fragmentary and cannot be diagnosed at a species level without skull material. The two most complete hadrosaur specimens found in San Diego County are housed at the San Diego Natural History Museum. SDNHM-25342 is a right femur found in December 1983 during development of the Carlsbad Research Center. SDNHM-66640 is a section of 11 associated vertebrae found in May 1987 during grading for the College Extension project in the city of Carlsbad. Both specimens were found within the Point Loma Formation, a fossiliferous marine mudstone unit within the Rosario Group of the late Campanian. From morphologic data the specimens are indeterminate at the subfamily or generic level, though geographically related finds of hadrosaurs in California and Baja California suggest them to be related to genus Saurolophus or Lambeosaurus. Taphonomic data suggests hadrosaurs in California occupied near-marine coastal bays or lagoons, with their remains either transported as isolated bones by fluvial processes or disassociating from floating carcasses to settle in shallow marine deposits.