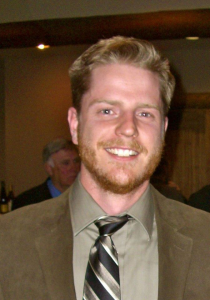 Abstract
New high-resolution Chirp seismic and sidescan sonar data collected on the shelf offshore from the Northern Channel Islands image patterns of sediment distribution, extensive compressional deformation associated with reverse and strike-slip faulting, and submerged paleolandscapes that may contain archaeological resources.  The four Northern Channel Islands were a unified landmass known as Santarosae during the last glacial maximum when sea level was ~120 meters lower than today. The presence of numerous paleocoastal archeological sites on the modern islands suggests that similar sites may exist on the submerged shelf, which was exposed during lower sea levels.  Between Santa Cruz and Anacapa Islands, doubly-plunging folded beds of Monterey Shale are truncated by a strong acoustic reflector interpreted to be the transgressive surface created by eustatic rise since the last glacial maximum.  Sediment thickness above the transgressive surface varies widely across the survey area due to differences in sediment sources, and tectonic and hydrographic influences.  Additionally, the folding and truncation of the Monterey Shale results in paleolandforms which could have been important resources for the Santarosae people, and which may contain archeological resources.  Understanding the structural controls on these paleolandforms will improve predictive modeling of submerged archaeological sites for better resource management.