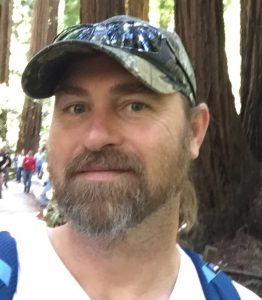 Abstract
California State Senate Bill 4 of 2013 mandated the State Water Board design and implement groundwater monitoring programs to assess and track the potential interactions between well stimulation methods used to increase oil/gas reservoir permeability and groundwater resources.  The USGS was contracted to provide unbiased water chemistry data for groundwater adjacent oil fields and produced water from oil wells.
USGS standard sampling procedure requires the use of twenty liter Nalgene carboys to collect produced water at the well head for later processing once the water phase has separated from the oil phase.  These carboys are made from High-density polyethylene (HDPE) which is a polyethylene thermoplastic made from petroleum. Within steam flooded oil fields the temperature of the produced water can approach 100 C. The extreme temperatures increase the likelihood of low weight molecular acids (LWOAs) or volatile organic acids (VOCs) desorbing from the HDPE carboy contaminating the sample water.
In the experiment nitrogen purged certified organic free blank water was used to simulate produced water.  Two Nalgene carboys were filled with blank water: one containing boiled blank water and another containing ambient blank water  The carboys were sampled for both LWOAs and VOCs at four separate times starting immediately and ending 90 minutes after the boiling blank water was added, in accordance with USGS procedure.  In order to rule out other sources of contamination, a source solution blank for each analyte was also collected.  The LWOA samples were then frozen to -60 degrees and shipped on dry ice for analysis, and the VOC’s were collected and placed into refrigerated storage then sent on ice to the lab for analysis.
It was discovered that virtually no LWOAs and VOCs were found in any of the samples that were taken from the carboy, regardless of the water temperature or exposure duration. The only exception was the VOC Toluene, a known lab contaminant.  Since the concentration in the source solution blanks and the experimental samples were within one order of magnitude it is likely the source of the Toluene was either from the blank water itself or contaminated analyzing lab equipment.
With analysis completed data shows that the twenty liter Nalgene carboy was not found to be a source of contamination and that the containers themselves do not seem to release LWOAs or VOCs when exposed to either extremely hot produced water or to ambient temperature water samples.