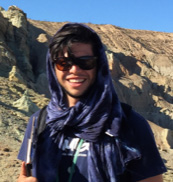 Abstract
The California coast is divided into a series of littoral cells in which longshore current sand transport is predominantly north to south. It is thought that these littoral cells, being isolated by headlands, have little to no transport of sand between them. However there are still uncertainties regarding possible ‘leakage’ between cells. Most California beaches are dominated by monotonous quartz-feldspar rich sand, but on the central California coast the Big Sur River delivers distinctive garnet-magnetite-ilmenite rich sand into the system at Andrew Molera State Beach. This heavy mineral rich sand is derived from Sur Series metamorphic rocks that are deep crustal exposures of the Cretaceous Salinian block batholith. This sand is presumably diverted offshore at the Partington submarine canyon at the south end of the Point Sur littoral cell. However, an isolated patch of distinctive garnet rich sand collected at El Capitan State Beach on April 8th2017 from the uppermost part of the beach following a moderate amplitude spring high tide bears a strong resemblance to the Sur Series beach sand suggesting that this sand was transported from the Big Sur River ~300 kilometers to the north. This implies that the Big Sur sand
bypassed Partington canyon and traversed the Morro Bay littoral cell to the south in order to arrive at El Capitan within the Santa Barbara littoral cell. The garnet-rich heavy mineral sand at El Capitan would not be expected to be derived from local marine sedimentary sections or Franciscan Assemblage rocks farther north. Samples collected from Andrew Molera and El Capitan State Beaches were separated into magnetite-ilmenite-garnet fractions using hand magnets and a Franz magnetic separator. The proportion of magnetite to ilmenite is nearly identical between the two (~1:2) but El Capitan has a higher proportion of garnet. The grain size of both sands were determined and document a unimodal well sorted medium to fine sand with a mean grain size of ~280 microns for both samples, although the El Capitan sample is slightly coarser-grained. Under the binocular microscope El Capitan garnets are distinctly polished and rounded compared to Andrew Molera garnet which is more euhedral with well-developed crystal faces. Our tentative conclusion is that the El Capitan garnet sand was derived from the Big Sur River.