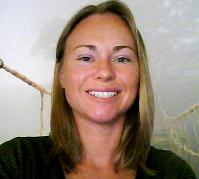 Abstract
A principal goal of fault zone architectural studies is to understand fully what happens to rocks as they become incorporated into damage zones lying adjacent to fault cores.  Prior to undertaking such studies, the undamaged rocks must be fully characterized.  Hence, I selected to fully characterize the clay mineralogy and geochemistry of the Bautista Formation outside the damage zone of a thrust fault that appears to merge from the main trace of the San Jacinto fault NE of Anza, California.  The general area of the study occurs NW of Hog Lake and is referred to as the Hog Lake locality.

At the Hog Lake locality, the Bautista Formation is composed primarily of thick bedded feldspathic pebbly sandstones derived from debris flows.  The clay mineralogy making up the < 2 µm sized fraction is dominated by smectite, kaolinite, and illite with a lesser component of mixed-layer illite/smectite.  Given the feldspathic composition, and poorly sorted and generally angular nature of sand sized detritus in Bautista sandstones, it is likely that debris flows in the Bautista did not travel far.  Hence, the clay mineralogy may reflect the overall Pleistocene weathering pattern within a moderately wet climate as sediment traversed the source to sink depositional system.

In molar A, CN, K space, chemically analyzed samples from the Bautista spread from the composition of unweathered granodiorite toward the field of unweathered high-grade metamorphic rocks analyzed from the Burnt Valley complex.  A compositional linear trend is a systematic and progressive change in a composition due to some physical process such as weathering or mixing.  Using non-central principal component analysis, a compositional linear trend was fitted through the spread of data.  Principal component 1 describes 99% of the variance about the compositional linear trend.  These results suggest that detritus in sandstones of the Bautista Formation were derived largely from granodiorite and variable, but generally lesser, amounts of high-grade metamorphic rock.  With this as context, future studies at the Hog Lake locality should be able to quantify what changes are made to the Bautista Formation within the damage zone of the San Jacinto fault zone, and thus gain an understanding of what physical and chemical processes operate within this architectural component.