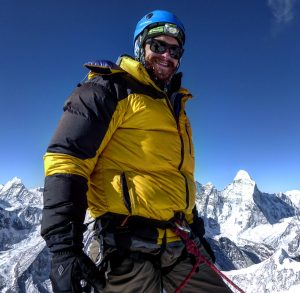 Abstract
Lying between the Elsinore and San Jacinto faults, ~0.5 km SE of Roundtop, is a tonalitic corestone perched precariously on an exhumed corestone base. Such features are referred to as precariously balanced rocks (PBR). Cosmogenic 10Be data suggest exhumation of the PBR near Roundtop about 35,000 years ago. The absence of PBR adjacent to the Elsinore and San Jacinto faults implies that they were shaken free from their perches during ground shaking. Alternatively, their absence may reflect a more highly fractured and intensely weathered terrane. Unfortunately, the weathering histories of PBR have not been previously studied. We therefore extracted three ~1 m long cores from the PBR near Roundtop, and collected 23 saprock and 9 pebble sandy loam samples from a trench excavated near the base of the corestone platform for geochemical and thin section analysis. Plagioclase and biotite alteration, along with the concomitant loss of Si, Ca, Na, Sr, Ba, K, Mg, Mn, Nb, and P mass, are the primary controls on weathering intensity within the saprock. Additionally, the presence of mostly kaolinite and lesser quantities of mixed-layer illite/smectite in the saprock, along with the above observations and data, point to a more wet and leaching climatic setting than exits today. Subsequent formation of pebble sandy loam appears to have been accomplished primarily through bioturbation of the underlying already weathered saprock. Weathering within the pebble sandy loam involved biocycling of K, the development of pedogenic illite, eluviation of kaolinite, and, because of leaching from biotite and plagioclase, minor loss of some trace elements. Hence, our data supports the general idea that Roundtop is an area of weak ground shaking, and that since exhumation little weathering has affected this PBR locality.