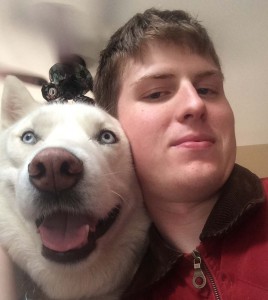 Abstract
The Islas Los Coronados are a small archipelago comprised of 3 islands (North, Middle and South) and one islet just off the coast of Baja California, a mere 15 miles south from Point Loma located in Mexican waters. The islands are steep and difficult to access.  Gordon Gastil visited the island in October of 1969 to conduct a geologic reconnaissance of the islands and collected a series of samples for analysis.  One of the outstanding questions regarding the island geology is affinity of a ~200 meter thick homoclinally dipping series of sandstone, siltstone and conglomerate that makes up North Island. Gastil in a correspondence to Ned Allison dated October 13, 1969 was of the opinion these are correlative to Upper Cretaceous non-marine analogous to the El Gallo Formation near El Rosario in Baja California, part of the Rosario Group of southern and Baja California.

Volcanic clasts from Middle and South Islands are subalkaline basalt or basaltic andesite with high Cr, Ni, Cu, Zn. A cobble from a San Onofre breccia collected near Smuggler’s Cove on South Island is a rhyolite.