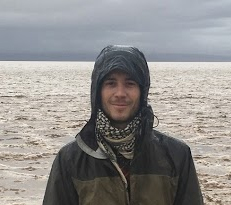 Abstract
This study involved analyzing variations in groundwater elevation between fractured rock and alluvial aquifers following an abnormally wet precipitation year. I measured the depth to water at over 130 groundwater wells within San Diego County, selected the appropriate study area, then analyzed and modeled historical data at the chosen project sites. The study sites chosen were Warner Valley groundwater basin and a small residential area near Ramona, CA. For the purpose of this study I chose the 2004-2005 precipitation year. During this rain year, groundwater levels in the fractured rock rose an average of 58.7 feet, while groundwater levels rose 11.38 feet on average in the wells located in alluvium. Overall, the hydraulic head in wells located in fractured rock rose 5.17 times more than wells completed in alluvium. In producing the groundwater contour maps for each study site, I modelled and interpreted variations in groundwater flow direction and hydraulic gradient. The average hydraulic gradient changed from 0.0113 in 2004 to 0.0114 in 2005 within Warner Valley, a 1.39% increase. Ramona wells resulted in a change from 0.0368 in 2004 to 0.0246 in 2005 a 33.3% decrease in hydraulic gradient. Both study sites showed minimal change in average flow direction. Changes in hydraulic head between wells in the alluvium were more uniform than in the fractured rock. I produced a 3D model of the piezometric surface of the fractured rock aquifer that revealed areas of concentrated changes in hydraulic head from 2004-2005. I interpreted this as an area of higher interconnected fractures, leading to an anomalous increase in groundwater elevations at that specific locale. Thus, studying the changes in groundwater elevations following heavy rain years may provide insight into the fracture patterns of the underlying geology, and potentially provide better prediction of depth to groundwater for fractured rock and alluvial aquifers in the future.