Influence of climatic factors on fluvial deposition into lagoonal and deltaic environments in San Diego, California 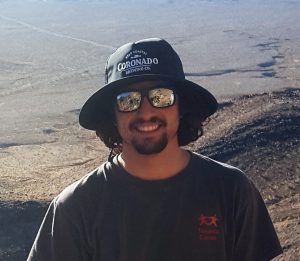 Abstract
Coastal environments of San Diego are influenced by sediment processes where sediment is delivered to the coast by a combination of river systems and cliff erosion. Changes to coastal systems due to human modifications (e.g., dams, urbanization) and anthropogenic climate change have altered natural systems of sediment dispersal and models of future climate change show impacts to the coast continuing and even accelerating in the future. Our ability to predict those impacts and implement management strategies to adapt to change could be aided by a better understanding of how coastal systems have responded to similar changes in the past. To assess past influence of climatic factors on fluvial deposition into lagoonal and deltaic environments in San Diego, a suite of vibracores were collected from Agua Hedionda Lagoon in Carlsbad and Fiesta Island in Mission Bay, which represents ancient San Diego River Delta deposits. The vibracores were logged for sediment properties including grain size, color, organic/fossil content, and structures. The cores from Agua Hedionda Lagoon were mostly fine-grained, dark, cohesive deposits with evidence of bioturbation and limited preservation of thin undisturbed layers. The cores from the ancient San Diego River delta captured more detailed stratigraphy with several changes in lithology. The cores were predominantly silty-sand, but several coarser layers were also observed. Samples from selected depths were analyzed by laser particle size analyzer to quantify variation in sediment grain size within these layers. Results were used to assess the evolution of the fluvial depositional environment, which may be related to changes in regional climatic conditions. Fine-grained layers are interpreted to be indicative of dry periods with low sedimentation rates and relatively low-energy depositional conditions. Coarser sands, which are associated with higher energy environments, are inferred to be flood deposits during increased precipitation. Nevertheless, the highly variable geomorphology of a delta has a large influence on sediment accumulation and composition, and the observed changes could reflect changing delta sub-environments, rather than precipitation rates. Further detailed analysis of the cores should include radiocarbon dating for determination of sedimentation rates and comparison with historic storm/flood events and an analysis of mineralogy present within the sediments. These additional data could help refine our understanding of the controls on sediment deposition in coastal San Diego environments.