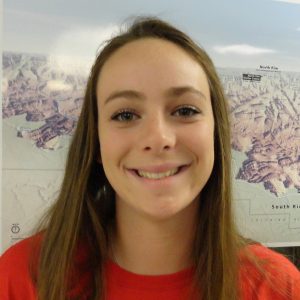 East of Anza, California, the Buck Ridge fault juxtaposes porous alluvial pebbly to cobble sandstones of the Pleistocene Bautista Formation against high-grade metamorphic rocks of the Mesozoic Burnt Valley complex.  Along the fault, non-pervasive pulverization at the grain scale occurs within a ~30 meter wide damage zone within the Pleistocene Bautista Formation to the SW. In contrast, coarse-grained fault breccia along with bands and seams of cataclasite mark the ~60 m wide damage zone in the Burnt Valley complex to the NE.  Because of the uncommon occurrence of grain-scale pulverization along the Buck Ridge fault, a detailed study was undertaken that focused on documenting the changes that affected sandstones within the SW damage zone. Outside of the damage zone, sandstones display a very angular to sub-rounded, poorly sorted framework composed primarily of ~22-37% quartz, ~10-34% plagioclase, ~2-10% K-feldspar, ~1-3% amphibole, and ~5-12% biotite. Matrix makes up between ~18-26% while porosity makes up 3-8%. The above framework minerals are not severely altered within the damage zone, but pulverization of some individual framework grains has occurred, leaving them to resemble a jig-saw puzzle.  As a result of non-pervasive grain-scale pulverization, the percentage of sand-sized quartz grains with >10 fractures varies from 37% to 71% in damaged sandstones, values that are significantly greater than those determined for undamaged sandstones. Additionally, particle size distribution analysis (PSD) revealed that with increasing proximity to the Buck Ridge fault, the largest volume percent peak observed in multimodal PSD curves shifts to finer grain sizes. The clay mineralogy of undamaged sandstones does not change within the damage zone, and is dominated by smectite and illite with or without kaolinite. Gouge seams and bands transect both clasts and the sandstone host. RockJockML shows that gouge samples are mixtures of quartz, plagioclase, K-feldspar, biotite, amphibole, and white mica. Gouge samples are characterized by multimodal PSD curves with the largest volume percent being represented by the finest grain sizes recognized within the damage zone.  From the above observations, we infer that the rheology of fault zone material plays a signiﬁcant role in the type and extent of fracture damage observed along the Buck Ridge fault.