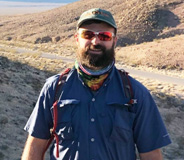 Abstract
Coastal environments and ecosystems of San Diego are influenced by sediment processes where sediment is delivered to the coast by a combination of river systems and cliff erosion. The amount, characteristics, and distribution of this sediment are important for patterns of coastal habitat distribution and sandy beach replenishment. Changes to coastal systems due to human modifications (e.g., dams, urbanization) and anthropogenic climate change have altered natural systems of sediment dispersal. Our ability to predict those impacts and implement management strategies to adapt to change could be aided by a better understanding of how coastal systems have responded to similar changes in the past. Using a vibracore system we collected 6 sediment cores from San Diego River delta deposits located beneath Fiesta Island in Mission Bay, San Diego. These sediment cores captured stratigraphy that could be associated with both short-term single day events, and relatively long-term changes to the drainage basin. The westernmost of the cores contained detailed stratigraphy and was sampled for grain size analysis and radiocarbon dating. In total, 30 samples were taken along the 272 cm core and analyzed for grainsize using a laser particle size analyzer.  Five samples were taken for radiocarbon dating at the UC Irvine W.M. Keck Carbon Cycle Accelerator Mass Spectrometry laboratory

Based on lithology, three distinct units were identified. The lower unit is 49cm thick and consists of fine-grained sand with interbedded laminations, interpreted to be deposited in a tidally dominated environment.  The middle unit is 152 cm thick and contains undifferentiated silty sand, characterized by darker sediments with a higher organic content.  This unit is interpreted to represent deposition in wetland or marsh environments. The upper unit is similar in grain size and contains similar laminated bedding seen in the lower unit, and is also interpreted as tidally influenced. Within the upper unit there is ~ 7 cm coarse sand layer with an oxidized middle portion and crossbedding, interpreted as a single event caused by a large storm or flood.  Radiocarbon analysis provided a 95.4% probability that the contact between the lower and middle units occurred between 308 and 891AD and a 95.4% probability that the contact between the middle and upper units occurred between 1766 and 1956AD. With more radiocarbon samples, we could improve the age model and obtain a much more in depth understanding of how often the San Diego River has fluctuated in the past, as well as get a better insight into how the climate of Southern California has changed in the late Holocene.