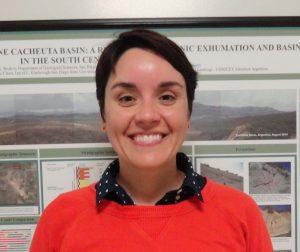 Abstract
High resolution Chirp seismic reflection data; reprocessed industry single- and multi-channel seismic reflection data; and geotechnical cone penetrometer test (CPT) and borehole data were examined to determine character and recency of faulting on segments of the Rose Canyon fault zone (RCFZ) that trend into northern San Diego Bay. Understanding the rupture length and timing of events on the RCFZ is important for seismic hazard assessments for the populated San Diego region. Four main zones of faulting were identified, two of which are considered Holocene active. The East Bay fault zone was mapped beneath San Diego International Airport and evidence exists for at least three events occurring in the Holocene. The most recent event (MRE) occurred after AD 1550 ± 90, and corresponds with the MRE on the onshore RCFZ (AD 1650 ±120), suggesting that rupture on the onshore RCFZ may propagate across a <2 km stepover onto the East Bay fault zone. South of the airport, into the Bay, the Western Spanish Bight fault zone exhibits the most deformation. A <1 km step suggests that rupture on the East Bay fault zone may propagate further south onto this segment. The second event observed on the East Bay fault zone occurred between AD 1195 ± 5 and 1285 ± 15 and the third event occurred between 3505 ± 65 and 6295 ± 95 100 yrs BP. Data from onshore RCFZ segments previously indicated that the fault may exhibit clustered events, with a quiescent period in the mid-Holocene. If the East Bay fault zone ruptures synchronously with the onshore RCFZ, our data suggest that the RCFZ may exhibit more characteristic earthquake recurrence than previously thought.