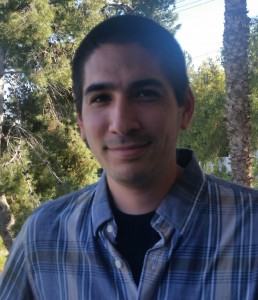 Abstract
Apart from the extremely localized principal slip surface that fails during earthquakes, a significant amount of failure occurs in the material surrounding a fault, leading to complex fault zone architecture. In addition, the presence of dynamically changing fluid pressures can have a significant effect on earthquake processes. Previous models of earthquake rupture dynamics have neglected or oversimplified the interesting deformational properties of fault zone materials and fluid behavior. Here, I incorporate these effects into numerical models of earthquake rupture dynamics.

Unlike the elastic-brittle deformation of rocks from the outer damage zone, the material containing the fault plane, known as fault gouge, has the tendency to deform in a ductile manner accompanied by compaction. I incorporate this behavior into a new constitutive model of undrained fault gouge in a dynamic rupture model of a right lateral strike slip fault. Dynamic compaction of undrained fault gouge occurs ahead of the rupture front. This corresponds to an increase in pore pressure that preweakens the fault, reducing the static friction. During sliding, subsequent dilatancy and softening of the gouge causes a reduction in pore pressure, resulting in fault restrengthening and brief slip pulses. The result is localization of inelastic failure to a narrow shear zone. The undrained gouge model is extended to a study of self-similar rough faults. Extreme compaction and dilatancy occur at restraining and releasing bends, respectively. The consequent elevated pore pressure at restraining bends weakens the fault and allows the rupture to easily pass, while the decrease in pore pressure at releasing bends dynamically strengthens the fault and slows rupture. In comparison to other recent models, we show that the effects of fault roughness on propagation distance, slip distribution, and rupture velocity are reduced or reversed.

Off-fault failure affects dynamic rupture in other tectonic settings as well. In previous models [Ma and Hirakawa, 2013], inelastic deformation of accretionary wedge material was shown to enhance vertical uplift and potential tsunamigenesis. Here, I include a shallow region of velocity strengthening friction with a rate-and-state framework. I show that coseismic increase of the basal friction drives further inelastic wedge failure in comparison with our previous models, with the implication of larger tsunami generation.