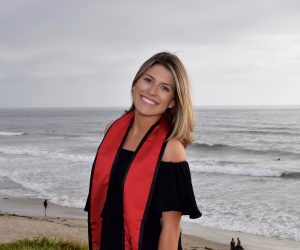 Abstract
Once pollution has been discovered in San Diego Bay, the San Diego Regional Water Quality Control Board (San Diego Water Board) is required by law to require the discharger to clean up that site to background conditions.  However, the legislature does not quantify background levels for contaminants. To help the San Diego Water Board with this effort, this research measured the background levels for cadmium, copper, lead, and zinc within San Diego Bay. The methods used in this research were adopted from Myers and Thorbjorgensons’ research techniques, which include the comparison of the trace metals to naturally occurring aluminum and/or iron. Results show background levels of .030 – .501 mg/kg for cadmium, 11.5 – 163 mg/kg for copper, 5 – 69.9 mg/kg for lead, and 36 – 431 mg/kg for zinc.

Based on initial results, spatial patterns of background contaminant levels were identified. San Diego Bay has historically been divided into three geographic sections for the purposes of contaminant regulation (northern, central, and southern bay). Those three sections were evaluated to determine if the background for each trace element varied across the sections. Lead was the only trace metal that showed a pattern between the different geographic locations.  In the central bay, lead had a higher concentration than the northern and southern sections.  This is most likely due to high industrial activity in the central bay, but further research needs to be conducted.  Cadmium showed no variations between the northern, central, and southern bay and the results show all levels of cadmium in the bay are natural background concentrations.  Copper and zinc had similar results; both showed very little variation between the northern, central, and southern bay. Additionally, both copper and zinc had concentrations elevated above natural background levels in the industrial and marina locations. This pattern helped clarify where background concentrations existed in the bay for copper and zinc, and after plotting the industrial and marina locations versus the non-industrial and non-marina locations, background levels for zinc and copper were established.