500 Year Rupture History of the Imperial Fault at the International Border Through Analysis of Faulted Lake Cahuilla Sediments, Carbon-14 Data, and Climate Data 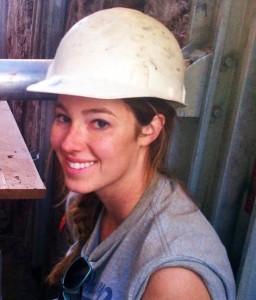 Abstract
We excavated a trench across a sag pond created by a 30 m-wide releasing step along the Imperial fault 1.4 km north of the U.S.-Mexico international border to test earthquake recurrence models. The stratigraphy at the site exhibits distinct pulses of lacustrine and deltaic deposition with localized zones and layers of well-sorted sand deposits interpreted as the result of liquefaction. Evidence for five events is observed in the upper 3.5 m of stratigraphy, which corresponds to deposition from three full lake episodes over the past 400-550 years. Age control is by 14C dating of detrital charcoal from the trenches and correlation to the well-constrained regional chronologic model of Lake Cahuilla. Evidence for events is based on production of accommodation space and associated growth strata, upward fault terminations and fissures, massive liquefaction in the form of sand dike intrusions and sand blow deposits, and significant vertical offset in the step-over area. The two most recent events appear to be significantly larger than the earlier two events based on event-by-event palinspastic reconstruction and correlation to previous trenching studies. Six meters of strike slip passed through the sag in the 1940 Imperial Valley earthquake. The penultimate event produced nearly identical vertical displacement as in the 1940 earthquake, implying that it was also large and likely slipped about 6 m.  In contrast, events 3 and 4 produced little vertical displacement from which we infer that displacement in these earthquakes was small at our site.  We interpret these as moderate 1979-type earthquakes and that the southern end of these ruptures was likely close to our site.  Event 5 is interpreted to be large based on its expression in nearby trenches; our trenches were not deep enough to capture the vertical separation for this event.  Together, if each event interpreted as large experienced a similar amount of displacement as in 1940, this implies something on the order of 18 m of displacement in the past 400-550 years, yielding a slip rate of 32-45 mm/yr. This rate is indistinguishable from all geodetically-inferred rates for the Imperial fault and implies that most of the plate motion is accommodated by the Imperial fault at the international border.