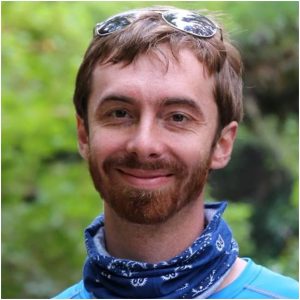 Abstract
We present the results of detailed mapping and paleoseismic investigation along the southwestern flank of the Sierra El Mayor, a NW-SE trending mountain range in Baja California, Mexico, situated in a transtensive oblique rift boundary between the East Pacific Rise to the south, and the San Andreas fault system to the north. Complex fault scarp arrays associated with the Cañada David detachment, a low-angle oblique normal fault, as well as a soil chronosequence developed for a sequence of seven alluvial fans comprising a bajada that flanks the southwestern range front, were mapped in detail using high-resolution drone imagery. Soil pits were excavated, and soil characteristics were described using the USDA soil taxonomy in order to estimate their relative ages with soil development index (SDI) values. Three paleoseismic trenches were excavated across active surface faults that root into the Cañada David detachment at depth. Stratigraphic units in the trenches were described in detail, and samples were collected for optically stimulated luminescence (OSL) dating. The three trenches in this study show strong evidence for four Holocene earthquakes at about 1.5-2 ka, 4-5 ka, 6.5-7 ka and 8-8.5 ka, as well as weak to moderate evidence for three additional earthquakes between ~8.5 ka and ~16 ka. The results of this study were compared to other nearby studies in terms of rate of soil development, complexity and other characteristics of scarp arrays, and timing of past earthquakes.