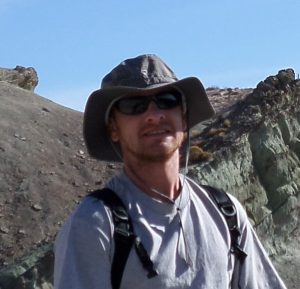 Abstract
The northern Channel Islands offshore from Santa Barbara, CA hold several archaeological sites, with many dating to older than 11ka. The location and contents of the sites indicates that people living on the islands during this time used coastal and fluvial resources. However, due to eustatic sea-level change associated with advance and retreat of ice sheets, the coastline at the time of this early occupation would have been much different. In fact, during the Last Glacial Maximum (LGM) (~20ka), the four modern islands were joined into one landmass known as Santarosae, with the paleocoastline located ~106 m below the modern coast. Therefore, it is likely that some of the oldest archaeological sites in the area are now submerged. To help locate these submerged sites, high-resolution geophysical data were collected to map the location of paleochannels across the now submerged Channel Islands platform. These data imaged different paleochannel morphology offshore from several modern drainages, with a notable difference between north and south flowing drainages. The same behavior can be observed onshore. We hypothesize that the observed differences in paleochannel morphology could be explained by differences in modern drainage basin characteristics. Santa Rosa Island is bisected by an ~E-W trending oblique-slip fault that roughly divides the island drainages into north or south flowing. As a first step to address this hypothesis, modern drainages were characterized using ArcGIS software based on their length, slope, sinuosity, and basin area. The data were then analyzed and compared to identify differences between north and south flowing rivers. In addition, statistical analyses of topographic patterns north and south of Santa Rosa Island Fault were performed using elevation distributions, skewness, and kurtosis.

Results show that north of the fault the topography is dominated by a relatively flat marine terrace, while the southern drainages are located in much steeper topography. Drainages flowing north exhibit a more sinuous, lower gradient and U-shaped morphology. Drainages flowing south are straighter, steeper, and characterized by V-shaped morphology. It is interpreted that the U-shaped channels draining north owe their morphology largely due to fluctuating sea-level where alluvium was deposited on marine terraces during sea level rise and incised into during more recent time (~500-1,000 years ago). Southward drainages (V-shaped) are more likely to have experienced continued erosion during sea-level rise, maintaining higher relief patterns and enabling continued slope failure to widen valleys and narrow channels through slope retreat. These results could be used in future archaeological models to predict submerged paleochannel morphology. The morphology of these channels could then be used to characterize the likelihood of finding associated archaeological sites (i.e., narrow steep channels less likely to preserve sites compared to sinuous channels with wide valleys).