Petrochemistry of the Jacumba Volcanics at Devils Canyon, west of Ocotillo, California 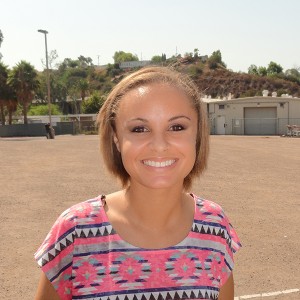 Abstract
In the Jacumba area of Southern California there is an outcrop of volcanic rocks referred to herein as the Devil’s Canyon Exposure (DCE).  This outcrop is part of the Miocene-age Jacumba Volcanics, consistent in age with other volcanic rocks found throughout the southern California borderland.  However, the Jacumba volcanics differ from the borderland rocks in a number of important ways. Past research has proposed the theory of a slab window as the mechanism for melt generation for these Miocene rocks. Though the DCE specifically has never before been studied, samples from the Jacumba and Alverson volcanics from previous studies demonstrate that several of these lavas are andesitic, with Sr/Y ratios greater than 30, and Y concentrations <15 ppm.  These characteristics define these lavas as adakites which are believed to be derived from the melting of a mafic (basalt/gabbro/eclogite) source, perhaps derived from the melting of oceanic crust. Sixteen samples were collected from the DCE area.  Seven of the samples were used to create thin sections for petrologic study.  All sixteen samples were used to create both pressed pellets for trace element analysis and glass pellets for major element analysis using X-Ray Fluorescence (XRF) spectrometry.  The data was then analyzed using geochemical plots and diagrams. Most of the DCE samples display Sr/Y ratios that fall into the lower portion of the adakite field. The DCE samples are calc-alkaline rocks of a bimodal assemblage with four basaltic to basaltic andesite dikes and more evolved rocks of high-silica andesite and dacite.   Looking exclusively at the DCE samples, both the mafic dikes and the more evolved rocks show similar patterns on normalized trace-element plots.  The DCE samples also display a clear Nb trough and Pb peak as well as an enrichment of Large Ion Lithophile Elements (LILEs) compared to High Field Strength Elements (HFSEs). When compared with the high-Mg andesites, the DCE samples have lower concentrations of both K2O (LILE) and Zr (HFSE).  Theories describing the derivation of the DCE samples must address both the high Sr/Y adakite signature as well as the calc-alkaline character of the rocks.  The Sr/Y ratios can likely be attributed to low Y retained in garnet or amphibole, and high Sr derived from melting of a mafic source (without subsequent plagioclase fractionation).  Calc-alkaline rocks are thought to be associated with a primary basalt derived from melting of a mantle source that was previously enriched in LILEs by a hydrous fluid phase. In order to explain both of these features, there could be several potential scenarios including: (1) the melting of an amphibole-rich oceanic slab, (2) the mixing of slab melts with melts from a previously hydrated mantle wedge, or (3) the melting of an amphibole-bearing lower crust beneath Peninsula Ranges Batholith.