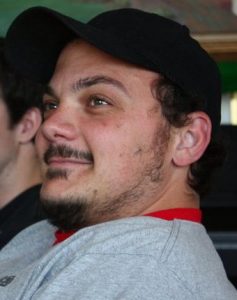 Abstract
With a population of ~1.3 million, the City of San Diego is the third largest city in California, and it is traversed by the Holocene‐active Rose Canyon Fault Zone (RCFZ). The RCFZ is a strike‐slip fault with a slip rate of 1‐2 mm/yr and the potential to produce a M6.9 earthquake. This project focuses on the strands of the RCFZ that traverse through the downtown San Diego area, which is the economic center of the city. The seismic hazard of the RCFZ has a direct impact on development in and around the city via the Alquist‐Priolo Earthquake Fault Zoning Act, which regulates locations of structures for human occupancy based on seismic assessments. As a result, geotechnical firms in San Diego have been conducting many private, small‐scale studies and investigations of the local fault architecture since the 1980s and have amassed an impressive amount of data. However, each report is plot or parcel specific and, at most, will only reference data from neighboring parcels. As there exists no resource where all of the data can be studied at once, reports are commonly studied independently. This project synthesizes the existing geotechnical data into a comprehensive geodatabase to create an interactive fault map that will show the current fault geometry within the city and provide insight into the evolution of the RCFZ. The geodatabase currently contains data from 268 reports, and each report contains a variety of geological and geotechnical data, including cone penetration tests, boring logs, trench logs, geologic cross sections, and to a lesser extent, seismic lines, auger logs, and test pit logs. These datasets have been digitized within the geodatabase such that they can be combined to analyze the fault zone as a whole, and queried within the project for specific information. As part of an initial analysis of the compiled data, fault segments were characterized as active, potentially active, or less potentially active. These results show a primarily active zone of discontinuous fault segments trending N‐S on the east side of downtown. Generally, both active faults and less potentially active faults are found only on the east side, while potentially active faulting exist across the whole project area. Fault strike of each segment was also determined from the geodatabase and plotted on rose diagrams to identify potential patterns between fault strike and fault activity. These results showed active faults and less potentially active faults to have similar strike orientations, with mean directions of N12°W and N17°W respectively, while potentially active faults plotted more to the east, with a mean direction of N17°E.