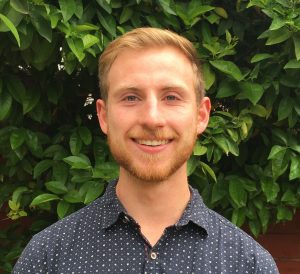 Abstract
Gibbsite has not been documented to occur within the modern day Mediterranean and drier climates of southern California, and to our knowledge, there are no documented cases of gibbsite occurring within spheroidally weathered corestone. Hence, the occurrence of gibbsite within an ~19-27 cm thick fracture rind lying along the NW margin of a large partially exhumed corestone located within the Santa Margarita Ecological Reserve (SMER), southern California, is significant. At the study site, the major components of the regolith are two partially exhumed granodioritic corestones; the larger is designated corestone 1, and the smaller corestone 2. The two corestones lie side-by-side. The thinner banded fracture rind associated with corestone 1, truncates the thicker fracture rind of corestone 2. Based on a detailed physical and chemical examination of textural units mapped at the study site, biotite appears to have been transformed into vermiculite, and weathering intensity increases from the fracture rind of corestone 2 toward the contact with the two inner-most rindlets of the banded fracture rind of corestone 1. Weathering intensity then decreases through the two inner-most rindlets toward the boundary of the unweathered part of corestone 1. Gibbsite and kaolinite occur within these two inner-most rindlets. In contrast, kaolinite and the absence of gibbsite are characteristic of all other textural units. We interpret weathering to have initiated along a NW dipping joint boundary separating the two blocks of granodiorite. Acidic oxidizing fluids entered the regolith along this boundary and initiated spheroidal weathering through incongruent leaching of plagioclase and the transformation of biotite to vermiculite. During this early phase of weathering a thin rindlet formed along the NW wall of the larger block and weathered in concert with the smaller block. As weathering continued, along corestone 1, cracking and weathering advanced inward, and fluids gained access to fresher granodiorite within the interior of the corestone. Within the intervening rindlets, fluids out of equilibrium with plagioclase altered it to gibbsite and kaolinite and diffused outward into the older middle black clay rindlet where they altered some relict fresh fragments of plagioclase to gibbsite.