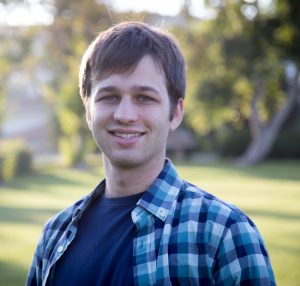 Abstract
Bedforms, unconsolidated sediment, and sedimentary rocks of eolian and subaqueous origin have been studied, documented, and compared extensively using photographic methods for decades. With the development and availability of high quality digital cameras, documenting such sedimentary features in the field using photography is but one way of collecting usable data. The obvious limitation of photographic data is the inability to further study these sedimentary features under a stereoscopic microscope. The purpose and goal of this study are to document the occurrence and describe the grain texture and fine structure of an interbedded succession of eolian and alluvial ripple-strata that had been deposited near the shoreline of Holocene Lake Cahuilla and are now exposed at Carrizo Wash, Anza-Borrego Desert, southern California. Casts of the two kinds of strata were taken in the field by using a modified latex peel method so that peels could be further studied in a lab.

Materials experimented with for making peels in the field included door screen, liquid latex, silicone gel, and cheesecloth; latex paint and natural burlap are readily available, inexpensive, and worked best. Sedimentary structures captured by the modified latex peels include: wind-ripple strata, alluvial ripple strata, and indeterminate laminations convoluted by seismic shaking in a hydroplastic state. The peels were transported easily to the lab and examined with a stereoscopic microscope. In the original study design, the collecting of modified peels was intended for tidal cross-strata in the Eocene Torrey Sandstone for contrasting with eolian cross-strata associated with Pleistocene beach ridge deposits, both exposed in San Diego County, California, and with eolian and alluvial strata at Carrizo Wash. However, neither the smooth, indurated exposures of Torrey Sandstone nor the poorly exposed Pleistocene eolian cross-strata lent themselves to sampling by peels. As a substitute, photographs of Torrey Sandstone cross-strata and Pleistocene cross-strata were used to show contrasts between subaqueous and eolian strata. Successful observations from the peels from Carrizo Wash show thin, parallel, upward-coarsening laminations of fine sand of wind-ripple origin in contrast with thick, coarser alluvial cross-strata with well-developed foresets of alluvial ripple origin.