A Microseismic Approach to Hurricane Monitoring 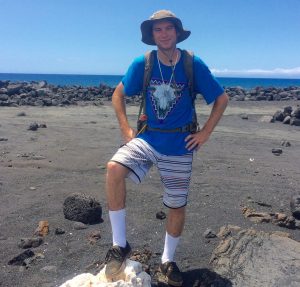 Abstract
Contemporary seismological studies are finding new applications of ground motion data.  Tracking the location of tropical storms along the coast of seismic networks has been of particular interest to many scientists throughout the world.  Using Earthscope (USArray), it is possible to gather a seismic array over the duration of a storm in order to draw conclusions about the magnitude and direction of a hurricane.  Also, by studying the ground motion over the period of the storm, we can better understand the relationship between oceans, atmosphere and land.  In 2014, Chen et al. found that microseisms generated by Hurricane Sandy exhibit coherent energy within 1 h time windows in the frequency band of 0.1 – 0.25 Hz, with correlated signals among seismic stations aligned with the hurricane center.  We used the same method of cross-correlation among seismic stations in Southern California in order to track the more recent, category 5, Hurricane Patricia that affected Central Mexico in October 2015.  The correlated signals we gathered are attributed to two seismic sources along separate azimuth, with one being the hurricane center and the other from the coastal region.  The seismic sources from the coastal region are expected to move eastward, while we seek to find a second source from the hurricane center coming from the southeast.  By limiting the correlated stations to meet various parameters of Hurricane Patricia’s magnitude and direction, the focus of this study was to confirm whether or not it is possible to track the hurricane center along its time-dependent path. Although many correlated station pairs satisfied the parameters we set based on the magnitude and location of the hurricane, our findings present alternative results in comparison to the paper we have replicated.