Sidescan sonar investigation of faulting in the Sacramento-San Joaquin Delta 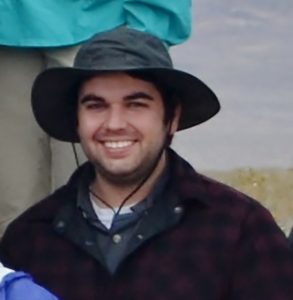 Abstract
The Sacramento-San Joaquin Delta is a crucial element of California’s water conveyance system that is at major risk of saltwater inundation due to sea level rise and seismic activity. Currently the Midland fault, the Thorton Arch source zone, and the Monetzuma Hills source zone all pose a threat to the local infrastructure, which includes the extensive system of levees that currently protect the surrounding ecosystem. Little is known about these blind faults due to the lack of surveys done in the area. In order to assess the risk produced by these faults more needs to be understood about their location and seismic history. Sidescan sonar data collected within the delta displays topographical differences, as well as anomalous morphological features along the seabed that are potential expressions of the faults that extend through the delta. These features are most often observed near small localized faults that do not have any deep expression and are unlikely to generate earthquakes. Seafloor expression is also observed at the Kirby Hills Fault, which is located in the very western extent of the delta and has ruptured during the Quaternary. This work is helping to improve the accuracy of fault locations throughout the delta allowing for a better understanding of the risk they pose to the region in the event of a future rupture.