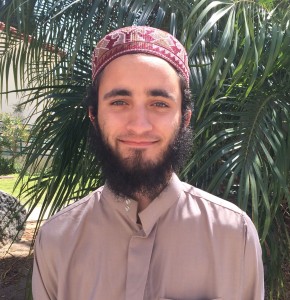 Abstract
Mount Calavera is a small volcanic feature in northeastern Carlsbad, CA. It has not been radiometrically dated, but its relative age is apparent in that it crosscuts the Cretaceous Green Valley tonalite and appears to crosscut or overlie the Eocene Santiago Formation. Since Late Oligocene to Miocene volcanism was fairly common in southern California, this seems like a reasonable age range for Mount Calavera. Volcanism during this time has been attributed to a trans-tensional environment which developed in the aftermath of the collision of the Farallon spreading center with the North American oceanic trench. The rotation of crustal blocks during this time led to the development of zones of weakened crust, allowing easy access throughout the California Borderlands. Major-element chemistry demonstrates that Mount Calavera is a high-silica andesite with low Fe typical of calc- alkaline differentiation, characteristics that it shares with many of the Borderlands analyses; however, unlike the Borderland volcanics, Mount Calavera has a strong adakite signature, suggesting that it may have been derived from direct melting of oceanic crust, or a similar mafic source rock. Mount Calavera has been variably described as a stock, plug, or a volcano by other workers. A stock or plug defines a shallow intrusion or endogenous dome, but field characteristics are more suggestive of an exogenous (extruded) origin. There is no indication that Mt. Calavera is a volcano, and it lacks volcanic deposits typical of a volcanic edifice. Instead, its field characteristics are consistent with the diapir-fed extrusion of an isolated, monogenic lava dome.