A River Runs Through It: GPR Investigations of the Silver Strand 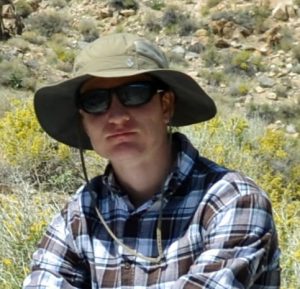 Abstract
The Silver Strand was examined using Ground Penetrating Radar (GPR) and satellite imagery, to locate paleochannels and correlate the channels with rivers discharging into San Diego Bay. The area is active tectonically, and several faults pass nearby and, if active recently, could result in a stratigraphic signature detectable by the GPR. The GPR survey was conducted using a MALA GX with 450 and 160 MHz antennas. The survey extended along the Silver Strand Bikeway for 1.9 km between Fiddler’s Cove Marina and Naval Amphibious Base Coronado. Several features were identified in the subsurface and interpreted paleochannels, with the southern-most system exhibiting signs of reactivation. While these paleochannels stretch across the Silver Strand, no clear connection can be drawn between these channels and the Otay River, the Sweetwater River, or Chollas Creek. Therefore, the paleochannels could have been formed by any of the rivers, or by tidal inlets, as the Silver Stand is a barrier system. Stratigraphic offsets and disturbances indicative of faults were not identified in the GPR data, suggesting that either the survey did not cross an active fault, or the fault did not rupture in the upper 4 m. Future work should include direct subsurface sampling and dating of paleochannel features.