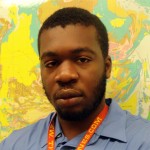 Abstract
Reconstruction of Warheit et al’s analysis of Marine birds based upon Northwest Pacific birds. Researched detailing the timescale of the northwest pacific birds and possible geological and biological that affected these species. Research was made to include more birds and to see if there was any existing species that lasted into the Holocene. Overall through the analysis most northwest pacific birds from California had the most diversity, but California and Oregon, Britain, Columbia, and Washington had the equal amount of species into the Holocene.