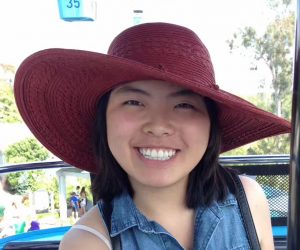 Abstract
Surface roughness is a universal characteristic of natural faults. Roughness can be represented statistically as a random field that is approximately self-similar over many orders of magnitude in scale-length with a ratio of amplitude to length scale that typically falls into the range 10−3 to 10−2 . Incorporating realistic rough fault surface into 3D numerical simulations of earthquake dynamic rupture provides guidance to build kinematic rupture generator.

We use SORD (a finite difference method generalized to permit meshes that are irregular, though structured) to conduct dynamic rupture simulations of earthquakes on rough faults. We have built a database of more than 1000 simulations of 3D strike slip dynamic rupture for different realizations of rough fault surfaces at different fault roughness levels. Fault surface roughness has a strong influence on the stress concentrations around the rupture fronts, and affects the earthquake process both statically (through its effect on initial resolved tractions on the fault surface) and dynamically (by perturbing the surface-resolved tractions induced by slip). Since these effects change earthquake source parameters and ground strong motion, we first have explored the role of the fault roughness in influencing the 1-point and 2-point statistics of earthquake source parameters such as rupture velocity, peak slip rate, total slip, and slip rise time. Fault roughness reduces the amplitudes of rupture velocity, peak slip rate, rise time and total slip. Changing α from the low end of the observed range (0.001) to the high end (0.009) reduces the mean slip by a factor of 40%, mean peak slip rate by a factor of 63% and mean rise time by a factor of 33%. Fault roughness also changes different source parameter pairs relationships. Stopping phases from the edge of the rupture surface are less important in controlling slip on rougher faults, leading to a different dependency of source parameters on the distance to the nucleation center, compared with flat-fault simulations. Maximum value of correlograms of source parameter pairs in our study increases whenα increases. When α equals 0.009, the initial traction ratio, which is the ratio of shear traction amplitude to normal traction amplitude at a point on the fault shows largest non-zero offsets (150m) with rupture velocity for correlogram, comparing to initial traction ratio with peak slip rate (70m), initial traction ratio with total slip (70m), and rupture velocity with peak slip rate (0m).

Finally, we have investigated how well simulated earthquake behaviors on rough fault relate to direct geological observations, such as free surface lateral slip, plastic strain, and shallow slip deficits. We have found that fault roughness in the form of a power law leads to self-affine surface lateral slip, which is in agreement with recent optical imaging observations in the 1992 Landers earthquake (Milliner et al., 2015). Also fault roughness tends to produce individual events with large shallow slip deficits, which may help explain the suggestion that has been made, based on a small number of earthquakes, that the SSD tends to be larger on immature faults.