Geochemical Assessment and Flow-Path Modeling of Groundwater in the Anza-Terwilliger Region, California 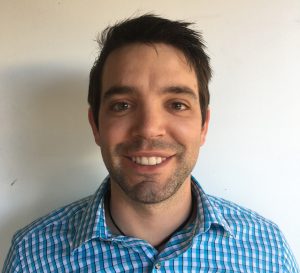 Abstract
A geochemical review, evaluation, and modeling simulation were completed for a 334.1 km2 (129 mi2) rural study area, the Anza-Terwilliger study area. Water chemistry data were compiled from the years 1950 to 2013, and the data were separated by location and geology into seven sub-areas. Geochemical trends of the groundwater for each sub-area were assessed through evaluations of the groundwater chemistry at various locations within each sub-area. Specifically, TDS, chloride, sulfate, and nitrate-as-nitrogen concentrations at various locations in each sub-area were compared amongst themselves and to the concentrations of other sub-areas. Similarly, the overall geochemical composition of each groundwater sample was compared to the composition of other samples from the same sub-area as well as to the general groundwater composition of other sub-areas. Generally, the West Anza and San Jacinto Fault sub-areas have the highest TDS in the Anza-Terwilliger study area. Potential reasons for this  are the large groundwater depressions created from historic pumping which has induced gradients towards these areas. These groundwater depressions result in the terminal end of flow paths, which should provide the water with the greatest TDS. Sulfate concentrations are also high in West Anza and the San Jacinto Fault areas. Grain and hay crops account for approximately 15% of all land within a 500‑meter radius of these two sub-area’s sample sites, but only account for at most 2% of all land within the 500-meter radius of the other sub-area’s sample sites. Possible explanations of elevated sulfate concentrations around these land use types may be sulfate laden fertilizers for grain and hay crops in the study area. Thus, these land types may contribute significant amounts of sulfate to the groundwater in the West Anza and San Jacinto Fault sub-areas. The Hard Rock East area has the highest nitrate-as-nitrogen concentrations, and the elevated nitrate-as-nitrogen concentrations were found to correlate with fractured bedrock aquifer geology and being located in more urban landuse areas. The Anza-Terwilliger study area does not have an urban sewage system, but rather properties have septic systems. Septic systems have been known to leak, adding nitrate to the soil zone and potentially the groundwater. Additionally, the fractured bedrock aquifer does not have the porous media to inhibit or decrease the rate of transmission of nitrate through the aquifer. Rather, fractured bedrock aquifers have much greater transmissivities through their fractures than more porous alluvial aquifers and as such less time for the reduction of nitrate. Through temporal site evaluations, it was determined the geochemistry of most groundwater sites remain unchanged the period of record. The geochemical history of sample sites that were sampled more than once were evaluated by calculating the percent change of geochemical constituents between consecutive samples. Any two samples with an average percent change greater than 25% were deemed notably different and required additional investigation. A total 33 sites were sampled on more than one occasion, and 12 locations were determined to exhibit notable groundwater changes during their sample history. After evaluating the twelve locations using Stiff and Piper plots as well as their overall temporal history, it was determined 5 sites have exhibited groundwater evolution in which the water chemistry at the location has evolved over time. In an effort to better understand the geochemical processes controlling water chemistry along flow paths, geochemical inverse modeling was completed with the freeware PHREEQC. Evaluations of aluminum concentrations over three orders of magnitude from 0.001 mg/L to 0.1 mg/L were completed and results indicate they have little impact on saturation indices of primary minerals nor a large impact on the inverse modeling results.

Two different scenarios of groundwater flow along a previously identified flow path were modeled using granodiorite as the aquifer material. Groundwater interactions with the atmosphere, soil zone, and bedrock aquifer were modeled with a rainwater event infiltrating to groundwater and flowing out of a spring. A set of twelve models were produced that included rainfall and evaporation and various potential mineral phases. The results are nonunique in nature, but the combination of the twelve results provide insight into potential reactions that influence the geochemistry of the groundwater. A second scenario was modeled that focused solely on groundwater flowing through the bedrock aquifer between two different locations. Using mineral phases anticipated to be in the bedrock and possibly precipitating out of solution, eighteen models were produced that can potentially simulate the rock-water interactions in a portion of the study area. Again, models for this scenario are nonunique in that there are a multitude of potential phases that can be used to achieve mass balance, but ultimately the combination of models for this scenario represent the phases necessary to affect groundwater chemistry along flow.