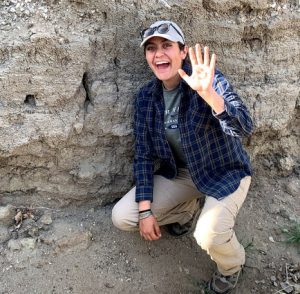 Abstract
Megathrust earthquakes occur at subduction zones and contribute both the largest earthquakes and the most seismic energy release on Earth. The Sunda megathrust is an interplate thrust fault that represents the convergent plate boundary between the overriding Eurasian plate and the subducting Indo-Australian plate. Located on the southwestern side of Sumatra, Indonesia, the Sunda megathrust is curviplanar and defines the Sunda Trench. In the Sumatran segment, the dip of the fault plane increases gradually from about 5°-8° near the trench to about 50° below the coastline of Sumatra. The shallow megathrust earthquake that occurred on October 25, 2010 (MW 7.8) ruptured close to the trench with a dip angle of 8°. Having a shallow slip and being close to the surface at only 12km in depth, this event excited strong surface waves and caused a very large and devastating tsunami. A second, much deeper, megathrust earthquake that occurred on September 30, 2009 (MW 7.6) ruptured closer to the coastline of Sumatra with a dip angle of 52°. This event occurred at a depth of 90km in the heart of the subduction zone. This assessment compares the rupture directivity effect on wave propagation at various distances for both events, as well as makes a comparison of the amplitudes of their surface waves.