A GPR Survey of the Banning Strand, Palm Springs, CA 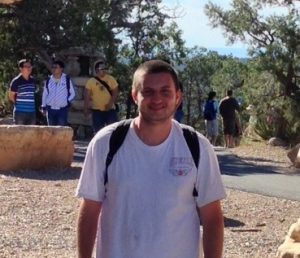 Abstract
Recent studies of the southern portion of the San Andreas Fault north of Palm Springs, CA call into question the slip rate and likelihood of the slip along the Banning Strand in the case of a seismic event. At Mission Creek, an arroyo crosses the Banning Strand and incises slightly into the surrounding older sediments. Outside of the modern channels, the land surface is covered with an aeolian drape of varying thickness (< 1 m to > 3 m). A GPR study of the Banning Strand was performed with the goal of obtaining a better understanding of its slip frequency. As part of the survey, 11 lines at varying orientations relative to the fault were collected using a 160 MHz antenna. Two lines, roughly perpendicular to the fault, were selected for further analysis and interpretation. Several discontinuities in the water table and buried braided channel deposits were found, while the overlying surface related to the modern arroyo was found to be continuous. These findings suggest that there are multiple faults in the survey area, but they have been obscured at the surface by an arroyo and aeolian deposits. This work highlights the need for more extensive testing in the area to obtain a better understanding of the Banning Strand and its interaction with nearby fault strands.