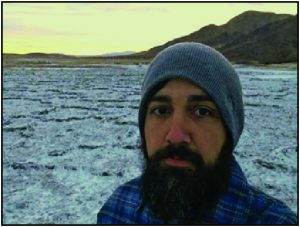 Abstract
San Diego is the third largest city in California with a population exceeding 1.4 million. The city sits on a geologically complex area shaped by various geologic processes, including faulting. One such fault, the Rose Canyon Fault Zone (RFCZ), runs through downtown San Diego and traces through Old Town and then up towards La Jolla. In the San Diego area, field work has shown the RFCZ last ruptured in the year 1523 which classifies it as an active fault with a slip rate of 1-2 mm/year with the potential to produce a M6.9 earthquake. In 1972, the California state government signed the Alquist-Priolo Earthquake Fault Zoning Act into law. The Act is meant to mitigate the hazards of surface faulting to structures for human occupancy by directing the California Geological Survey to compile detailed maps showing the best traces of a fault and by prohibiting new construction unless a full geological investigation shows that the fault does not pose a hazard to the proposed structure. The primary task of this project was to obtain geological engineering reports from geotechnical firms who have performed work in the study area of Little Italy through Old Town reaching a northern terminus of Highway 8. The reports used for this study came from AECOM which is but one geotechnical firm in San Diego. Because the fault zone has not previously been mapped through this area, there were no specific fault investigations identified. However, there were several geologic investigations conducted for engineering purposes that we incorporated into the project.  The reports on these investigations contained boring logs which were used to correlate the stratigraphy of the study area. Understanding the stratigraphy is a first-step to identifying faults through offset and deformed stratigraphic layers.